Embryonic stem cells can give rise to every cell type in the body. A team of researchers from Sweden, in collaboration with groups in Switzerland and Canada, has now identified a cellular mechanism that is important for the ability of these cells to maintain their state as stem cells. The findings, published in the journal Cell Reports, add to the knowledge needed to bring forward the field of regenerative medicine.

During the early development of most organisms, including humans, the embryo is composed of cells that possess the special ability of generating every other cell type in the adult body. This ability is known as “pluripotency”. The cells, called embryonic stem cells or ESCs, can therefore be considered to be the “parents” of all cells in the body.

ESCs can be isolated and cultured using a mix of growth-stimulating proteins that allows them to multiply and maintain their state as embryonic stem cells. This is of high relevance in the field of regenerative medicine, as ESCs hold the promise of generating – at least in principle – all different tissues that compose our bodies. However, we do not fully understand how ESCs propagate, nor do we know which mechanisms are required for their ability to form specialised cells, a process known as cell differentiation.

In a new study performed on mouse embryonic stem cells, researchers have found evidence for a novel mechanism that sheds new light on how embryonic stem cells maintain their pluripotency. By studying a mechanism of communication between cells known as the Wnt signaling pathway, the research team identified the genetic ingredients that are required for ESCs to decide whether to divide and remain ESCs, or to differentiate.

“The inhibition of the genetic circuitry that we identified in this study allows embryonic stem cells to maintain their ‘stemness’, which is their ability to self-renew and maintain their identity”, says Simon Söderholm, PhD student in the Department of Biomedical and Clinical Sciences (BKV) at Linköping University.

The findings, reported in Cell Reports, increase our understanding of the fundamental processes that govern early embryonic development in humans and other animals.

“Our findings reveal one of the mechanisms that embryonic stem cells use to decide whether to proliferate or differentiate, a ‘holy grail’ in this field of research. The discovery can also pave the way for a generation of technologies that will allow scientists to grow in culture sufficient amounts of embryonic stem cells to generate patient-specific tissues. In the future, such techniques might permit the regeneration or replacement of a lost or a failing tissue, such as occurs in several neurodegenerative disorders and myocardial infarction”, says principal investigator Claudio Cantù, the Department of Biomedical and Clinical Sciences (BKV) at Linköping University.

The study is the result of a collaboration between Linköping University, the University of Zurich in Switzerland, and the University of Manitoba in Canada. Nikolaos Doumpas shares the leading authorship with Simon Söderholm. The research has been funded by the Knut and Alice Wallenberg Foundation, the Swedish Cancer Society, the Swiss National Science Foundation, the Canton of Zurich and the Canadian Institutes of Health Research. The computations and data handling were enabled by resources provided by the Swedish National Infrastructure for Computing (SNIC) at [SNIC CENTRE], partially funded by the Swedish Research Council. 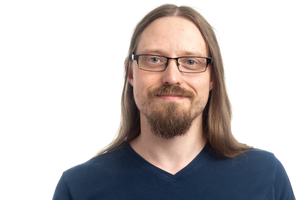 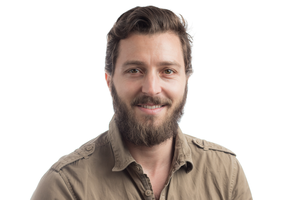