Minority populations in the US with multiple sclerosis and other autoimmune diseases experience poorer outcomes due to modifiable social conditions, according to a new USC study. Social determinants of health (SDOH) – things like where people are born, grow up, live, work and age – are unevenly distributed, leaving many people of color with fewer resources to ensure their own well-being.

“For Blacks and Latinos with MS or other autoimmune diseases, access to neurological specialists is rare and diagnostic tools are limited,” said lead researcher Lilyana Amezcua, MD, an associate professor of clinical neurology at the Keck School of Medicine of USC, program director of the Multiple Sclerosis Fellowship and director of the Keck Huntington Beach Multiple Sclerosis Infusion Program. “Our study shows that, before we look at biological factors as the cause of the disparities we see in health outcomes, we should first assess the role of SDOH and how we might modify them to make a difference.”

The study was just published in JAMA Neurology.

To investigate the role of SDOH, researchers performed a narrative review of medical literature from three major bibliographic databases of life sciences and biomedical information, focusing on studies published between January 2014 and March 2021. They searched thousands of journals for terms related to race, ethnicity, disparity and inequity in connection with certain autoimmune diseases, including multiple sclerosis (MS) and neuromyelitis optica spectrum disorder (NMOSD). What they discovered was revealing – and what they did not find was equally telling.

“Normally, one would expect there to have been much more data available for a survey like this, but racial and ethnic populations, particularly with regard to MS, are quite underrepresented. In prior studies, only about one percent of literature reflects these minority populations. In clinical trials, less than 10 percent include African Americans or Latinos,” Amezcua said. “This is a disservice to these communities because there are more than 20 disease-modifying treatments for MS.”

Despite the paucity of studies including people of color, the data indicate that when it comes to MS and NMOSD, Black and Latino Americans – who traditionally have lower income, education and health literacy – are more likely to experience health disparities such as greater disease severity and faster disease progression than white Americans. Black people also have a higher risk of developing MS and NMOSD and are more likely to die from the disease. The review did not include Asian Americans because data for this group was even scarcer.

The role of SDOH

For MS in particular, the review showed SDOH such as low income and low education were associated with lower utilization of health services by people of color. Unemployment was associate with poorer outcomes for Black patients. The study also found that negative illness perception is another SDOH associated with racial and ethnic health disparities.

“Our analysis confirms the power of the health belief model – that what you think about your disease will lead you to take action, or not, in order to advocate for yourself as a patient,” Amezcua said. “For many communities of color, there is a sense of fatalism about their ability to improve their MS, which only serves to reinforce the impact of the disease on their lives.”

Amezcua notes that previous USC studies have examined perceptions of illness, particularly MS, in the Latino population and found differences between Latinos born in the United States versus those who emigrated from other countries. Foreign born Latinos were more aligned with socio-cultural factors that made them less likely to be on treatment for MS.

“What we learned from these studies is that education can change this,” Amezcua says, “and that perceptions are modifiable with the right intervention that promotes health literacy.”

Results from the study highlight the urgency of identifying new approaches to counteract the negative impact of SDOH on underrepresented populations.

“It underscores that, when it comes to autoimmune disorders, vulnerable populations suffer from the same inequities that other chronic conditions have highlighted,” said Lourdes Baezconde-Garbanati, a co-author of the study and associate dean for community initiatives at the Keck School of Medicine.  “Going forward, we as researchers need to do a better job of including SDOH in our research models, not only to consider how they affect disease in underrepresented populations, but also to create interventions that go beyond one disease.”

In addition to Amezcua and Baezconde-Garbanati, other authors of the study include Victor Rivera from Baylor College of Medicine; Teresa Corona Vazquez from Mexico’s National Institute of Neurology and Neurosurgery; and Annette Langer-Gould from Kaiser Permanente Southern California.

Health Disparities, Inequities, and Social Determinants of Health in Multiple Sclerosis and Related Disorders in the US A Review

Dr. Amezcua reports personal compensation for consulting, speaking, or serving on steering committees or advisory boards for Alexion Pharmaceuticals, Biogen Idec, EMD Serono, Genentech, and Novartis as well as research support from Biogen Idec, the Bristol Myers Squibb Foundation, the National Institute of Neurological Disorders and Stroke, and the National Multiple Sclerosis Society. Dr Rivera reports personal compensation for speaking for Biogen, Merck Serono, Novartis, and Roche Laboratories; serving on an advisory board of the Multiple Sclerosis Association of America and as a consultant for Teladoc Health; teaching for the Universidad Autónoma de Barcelona; and medical writing for the Latin American Committee for Treatment and Research in Multiple Sclerosis as well as research support from Biogen Idec. Dr Baezconde-Garbanati reports grant support and awards from the National Cancer Institute, the Lazarex Cancer Foundation, and the Tower Cancer Research Foundation. Dr Langer-Gould reports grant support and awards from the Patient-Centered Outcomes Research Institute and the National Multiple Sclerosis Society; serves as a voting member on the California Technology Assessment Forum, a core program of the Institute for Clinical and Economic Review (ICER); and has received sponsored and reimbursed travel from ICER and the National Institutes of Health. No other disclosures were reported. 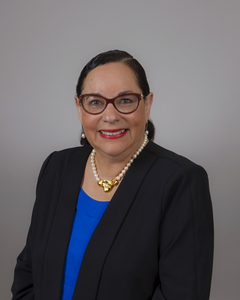