Genova (Italy), October 5th 2021 – The TOX-Free project, coordinated by the IIT-Istituto Italiano di Tecnologia (Italian Institute of Technology), got 3 million euro of funding from the European Union for developing a new device able to detect the toxicity of drugs and pesticides in the early stage of their testing phase. Researchers aim to assess neurotoxicity and cardiotoxicity of drugs by studying cells through a novel virtual mirror, called VICE (VIrtual Mirror CEll), where fluorescent spots light up when cells react to substances and a microscope registers the corresponding image. This new technique will be carried out in-vitro like other current methodologies used for the toxicological assessments, but it will be non-invasive. Moreover, the new technique will be capable of recording electrical signals from human neuronal and cardiac cells evaluating acute and – for the first time ever - chronic effects of the analysed substances on human health.

TOX-Free project will last 3 years and its consortium involves partners from both academic and industrial backgrounds. IIT will coordinate the initiative through its researcher Michele Dipalo who proposed the action at European level. Michele Dipalo is a member of IIT’s Plasmon Nanotechnologies Lab in Genova, led by Francesco De Angelis.

The 60% of new drugs are usually withdrawn from the market for neuro or cardio toxicity in the development or post-marketing phases. At the beginning of the process, the very first assessment is done to understand whether a substance, exposed to cells, can kill or degrade their functioning. If not, the process goes on. However, the current techniques for the toxicological evaluations present some limits. The current in-vitro tests lack in accuracy or are extremely precise but their output can only assess the cells’ immediate reaction leaving doubts on the long-term side effects of the substances.

The TOX-Free approach is based on a non-invasive in-vitro testing technique designed for the evaluation of cardiotoxicity and neurotoxicity of drugs and toxicants. It unites great accuracy in detecting safety issues to the possibility of leaving the cells interacting with the substance in-vitro for weeks, giving side effects evaluation in the long term.

Thanks to the joint expertise of toxicologists and nanotechnology developers, the researchers have created a biosensor called VICE (VIrtual Mirror CEll) to be used for a novel method of optical detection of the action potential of cells. The cells’ interaction with the tested substance will be displayed by their electrical activity that will be reproduced by fluorophores in a separated microfluidic chamber.

This microfluidic chamber will absolve the function of a “mirror” that will reproduce and record the reactions of the cells. Furthermore, it will not interact with cells, preventing the contamination of the analysed cells: this is a vital aspect in order to assure the possibility of a long-term assessment of side effects. The measurement of the fluorophores’ movements in the separated microfluidic chamber will be done by using a fluorescence microscope that will recognise the variations of the cardiac or neuronal electrical signals. The variations will be detected at single cell level as well as at network level for assessing communication among neurons.

The VICE biosensor could find direct applications in toxicology, pharmacology and basic biology. More specifically, the technology will be addressed to pharmacology laboratories and those companies that intend to develop new drugs or pesticides or test their existing products.

The project’s consortium is led by the IIT-Istituto Italiano di Tecnologia and includes a total of 5 partners: the “IIT-Istituto Italiano di Tecnologia” will develop the VICE biosensor; the research centres “Naturwissenschaftliches und Medinizinisches Institut an der Universitaet Tuebingen” (Germany) and  the “Universitat Konstanz” (Germany) will validate the technology by testing it with cellular models, “ChanPharm GmbH” (Austria) will test the technology in some toxicological screenings simulating standard in-vitro experiments, “Multi Channel Systems MCS GMBH” (Germany) will develop the electronics and the software for the management of the VICE biosensor.

A virtual mirror to detect neuro and cardio toxicity of drugs, pesticides and chemical pollutants 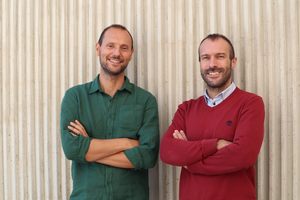