BLOOMINGTON, Ind. -- An Indiana University Bloomington professor's newly published paper on tropical cyclone precipitation extremes provides data on inland flooding that could help communities be more prepared for the high amounts of rainfall produced by storms such as Hurricane Ida in the United States.

Justin T. Maxwell, associate professor in the Department of Geography in the IU Bloomington College of Arts and Sciences, is the lead author of "Recent increases in tropical cyclone precipitation extremes of the U.S. East Coast," which published Oct. 4 in the Proceedings of the National Academy of Sciences of the United States of America.

Landfall tropical cyclones are damaging and deadly because they not only produce strong winds and storm surges, but also cause inland flooding. For example, Hurricane Ida hit states along the Gulf of Mexico in late August and then moved up the northeastern coast of the U.S., causing more than 100 deaths and billions of dollars in damages.

However, Maxwell noted in the paper that scientific understanding of the impacts and potential trends of the resulting flood hazards is limited by the relatively brief tropical cyclone precipitation record as recorded by weather stations, dating back to only 1948.

So Maxwell and five other researchers collected 319 years of tree-ring data from longleaf pine trees at seven sites in North Carolina and South Carolina to provide a longer data record of seasonal tropical cyclone precipitation extremes. The research team also included Scott M. Robeson, geography professor at IU Bloomington, and Joshua C. Bregy, an IU Bloomington graduate student in the Department of Geography and Department of Earth and Atmospheric Sciences. Robeson and Bregy helped with the analysis of the paper.

"The key takeaway is that this increase is only seen in the wettest storms," Maxwell said. "So take the recent Hurricanes Nicholas or Ida, for example, which produced maximum rainfall of about 14 inches and 11 inches. If these storms occurred in the early 1700s, they would have produced 2.5 to 5 inches less rainfall.

"Having an additional 2.5 to 5 inches for today's wettest storms make them much more hazardous, as that amount of rainfall by itself can cause localized flooding. Adding those totals on top of 9 to 10 inches of rain over a widespread area can lead to large flooding, especially in coastal cities that have a lot of impervious surfaces, so there is nowhere for the water to go."

Maxwell said that having an understanding about the increasing precipitation extremes caused by tropical cyclones could be a great benefit for communities that must anticipate and plan for these types of storms.

"For those that are in regions that are impacted by hurricanes, it is good to know that they are getting wetter and that trend will likely continue in the future, due to tropical cyclones moving slower and therefore producing more rainfall as they move through the U.S.," Maxwell said. "This could help cities plan for the appropriate levees to handle flood waters, and it could help with evacuation orders." 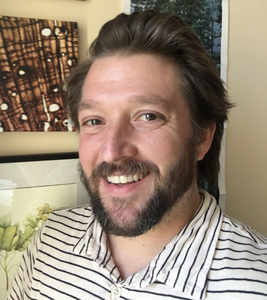