Scientists using satellite technologies have discovered for the first time that large scale solar parks have a cooling effect on the land surrounding them.

As more countries pledge to achieve net zero carbon emissions there will be a greater reliance on renewable energy sources, such as wind turbines and solar energy. However, there is very little evidence on the impacts large-scale solar farms have on the local environment. It is therefore really important to understand climate impacts as this affects the ecological responses.

This new discovery is important as it shows the solar park could impact ecological processes, including productivity, decomposition, and ultimately the carbon balance, in the surrounding landscape. The scale of effect will depend on the location and could be positive, negative or inconsequential.

For example, previous studies have shown that lower surface temperatures on the Tibetan Plateau could potentially reduce the amount of methane lost to the atmosphere. However, in the Mojave Desert, lower temperatures resulted in fewer seeds germinating, which may mean fewer plants surviving to adulthood, reducing biodiversity.

The new findings therefore highlight the need for greater consideration to be given to where solar parks are built around the world, as well as their design, to minimise any negative impacts and boost positive effects.

Dr Alona Armstrong, co-lead author from Lancaster University, said: “Most studies examine the impacts of land use change for solar parks inside the site boundaries. Here, we found a temperature effect that is evident up to around 700 metres away, suggesting that ecological processes may also be impacted.

“This heightens the importance of understanding the implications of renewable energy technologies on the hosting landscape – we need to ensure that the energy transition does not cause undue damage to ecological systems and ideally has net positive consequences on the places where we build them.”

Although further studies are needed to determine the exact mechanisms that cause the cool island effect and how it might vary with location and solar park design, the researchers hypothesise it is due to the solar arrays shading and insulating the land surface, as well as energy being converted into electricity by the solar panels.

As the study was focused on two solar parks in arid locations, further studies are required to determine if cool islands are caused by solar parks in more temperate locations. 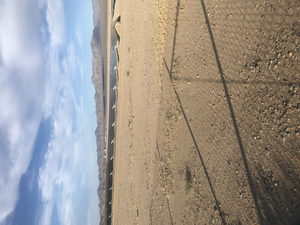 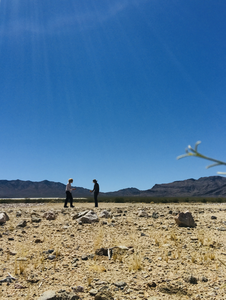