Active video games have similar positive health effects on the body as traditional exercises, such as jogging on a treadmill, according to a new study. The researchers say these games could be used by type 1 diabetics as a more enjoyable way to stay active and manage their condition.

Researchers from Brazil and the UK ran a randomised trial to investigate the physiological effects of ‘active’ video games, or exergames, where the gamer uses body movements to control the game and score points.

They measured the cardiovascular effects, including heart rate, blood pressure, efficiency of oxygen consumption (referred to as double product), and endothelial function (for maintaining blood fluidity), as well as recording enjoyment levels of volunteers with type 1 diabetes after either playing active video games or running on a treadmill with moderate intensity.

They took readings immediately after, 30 minutes after and 24 hours after the activity, repeating in twice-weekly sessions for three weeks.

The main difference the researchers found was that participants found the video games much more motivating and enjoyable than traditional exercise. The game element of scoring points, earning badges and being rewarded for effort also helped encourage the participants to repeat the exercise and try and improve their performance over time.

Dr Pooya Soltani, researcher at CAMERA, based at the University of Bath, said: “Exercise is already recommended by doctors as a drug-free way of managing diabetics’ blood sugar levels, along with diet, but it can be difficult for people to stick to exercise routines long term.

“Whilst it’s not the magic solution to keeping active, we found that players enjoyed playing exergames way more than running.

“This is really important when adherence to traditional physical activities is generally low in diabetic patients.”

The researchers ran the trial using the Kinect Adventures game with the Kinect system on Xbox, which has a camera that tracks the players’ movements in the game.

The researchers hope that whilst it’s not a direct replacement for traditional exercise, using exergames might encourage patients to do be active more often.

Dr Jorge Brito-Gomes, a researcher at Universidade Federal do Vale do São Francisco, Brazil, said: “Playing exergames could help some diabetics in managing a lifelong condition.

“Gamifying exercise not only takes your mind off the exertion, but working towards rewards in the game or even competing against friends helps motivate you to keep coming back to do more.”

The team will next investigate the benefits of balance games and VR effects on balance for diabetics who experience foot problems associated with their condition.

Dr Brito-Gomes appreciates Dr Soltani, and the University of Bath for the scientific partnership and said: “I genuinely hope that the results of this study stimulates diabetic patients to exercise more with higher enjoyment levels and helps them manage their illness better.”

Cardiovascular and Enjoyment Comparisons after Active Videogame and Running in Type-1 Diabetics: A Randomized Crossover Trial

Video games can have similar health benefits to jogging 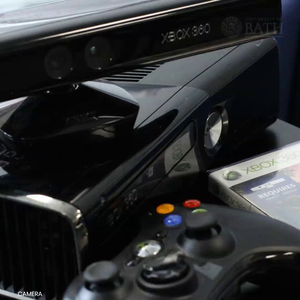 Video games can have similar health benefits to jogging