The USC Mark and Mary Stevens Neuroimaging and Informatics Institute (USC Stevens INI) is one of three institutions partnering in a five-year, $31.7 million grant from the National Institutes of Health (NIH) to merge many types of Alzheimer’s disease data in an effort to stimulate new drug development. This collective endeavor, known as the Alzheimer’s Disease Sequencing Project Phenotype Harmonization Consortium (ADSP-PHC), is a partnership between the USC Stevens INI, part of the Keck School of Medicine of USC, the Vanderbilt University Medical Center and the University of Miami.

There are several challenges to integrating data on Alzheimer’s disease and related dementias.  Researchers collect data on these diseases using a variety of methods, including neuroimaging, genomics, autopsy neuropathology data and cognitive tests. Different research groups also use different parameters and definitions in the data collection process.  ADSP-PHC will harmonize data from more than 30 datasets to produce a large-scale, racially diverse, standardized set of clearly defined data that will support new explorations of Alzheimer’s disease and dementia.

Specifically, the pool of data from neuroimaging, genomics, clinical and cognitive tests, cerebrospinal fluid, and autopsy neuropathology data will enable large-scale machine learning analysis that can help researchers better characterize the genetic basis of Alzheimer’s disease, as well as the potential for improving resiliency against the condition. Alzheimer’s resilience refers to individuals who live into old age without apparent symptoms, though Alzheimer’s pathology is detected at autopsy. This work is ultimately geared toward stimulating the development of new targeted drugs to prevent and treat Alzheimer’s.

USC Stevens INI Director Dr. Arthur W. Toga will oversee the project’s imaging informatics, a key role for hosting harmonized imaging data and ensuring data integrity and compliance. The USC Stevens INI houses the Laboratory of Neuro Imaging (LONI), which uses cutting-edge imaging and informatics to collect and analyze images of the brain. Toga also runs the informatics for the Alzheimer’s Disease Neuroimaging Initiative, the largest and longest-running biomarker discovery effort in Alzheimer’s disease research, as well as GAAIN, which aggregates the largest collection of Alzheimer’s data in the world. Toga and his team are well poised to make great strides in this project by managing the significant load of data and participating in the process of harmonization.

“Our considerable experience with big data and informatics will enable us to quickly meet the challenges associated with the ambitious goals of this project,” said Toga, also a provost professor of ophthalmology, neurology, psychiatry and the behavioral sciences, radiology, and engineering and the Ghada Irani Chair in Neuroscience at the Keck School. “Larger datasets can greatly increase our sensitivity to signals and will allow investigators to detect patterns in Alzheimer’s disease otherwise difficult to discern. This will put us on the path to further discovery and positively impact clinical care.”

In compliance with NIH data sharing policies, the harmonized data will be available to qualified researchers via secure computing resources supported by the National Institute on Aging. This project also corresponds with the NIH’s previously established Alzheimer's Disease Sequencing Project (ADSP). The research is supported by the National Institutes of Health (AG074855).

Building on three decades of leadership in the neurosciences, the USC Mark and Mary Stevens Neuroimaging and Informatics Institute (INI) was founded in 2013 with a landmark gift of $50 million from USC trustee and benefactor Mark Stevens and his wife. The institute, which comprises four interdisciplinary centers, the Laboratory of Neuro Imaging, Imaging Genetics Center, Center for Image Acquisition and Center for Integrative Connectomics, is populated by 19 faculty, more than 100 staff and student researchers and thousands of collaborators around the world. INI researchers have launched and contributed to many of the most impactful efforts in the neurosciences, including the National Institutes of Health BRAIN Initiative, Alzheimer’s Disease Neuroimaging Initiative (ADNI), Global Alzheimer’s Association Interactive Network (GAAIN), Human Connectome Project, Mouse Connectome Project, Enhancing Neuro Imaging Genetics through Meta-Analysis (ENIGMA) consortium, Parkinson’s Progression Markers Initiative (PPMI), Epilepsy Bioinformatics Study for Antiepileptogenic Therapy (EpiBios4Rx) and many more. In addition to mapping brain structure and activity in health and disease, the institute has emerged as a leader in informatics solutions, providing key data management services including archival, harmonization, quality control, visualization and dissemination for hundreds of studies, thousands of scientists and millions of subjects worldwide. 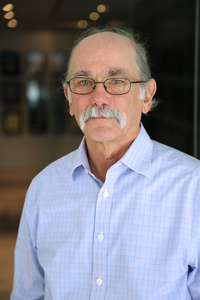