Portland, Ore., USA: The landscape at Lava Beds National Monument in northern California is typically home to sage and junipers, with unique lava caves twisting underneath the surface. But in the summers of 2020 and 2021, wildfires tore through the region, burning thousands of acres and leaving the surface charred.

The fires that scorched the surface also impacted life in the caves below, according to new research that will be presented at the Geological Society of America’s GSA Connects 2021 annual meeting on Monday in Portland, Oregon.

Healthy caves are fragile ecosystems that host far more than bats: They are also home to diverse communities of small mammals, birds, insects, and invertebrates. Cave dwellers can be highly adapted to their niche and therefore sensitive to any changes to their environment. When a wildfire intensely burns the ground above a cave, it is reasonable to expect the cave ecosystem could be affected. And with wildfires affecting larger areas every year, understanding those impacts has never been more important.

Scientists at Lava Beds had been monitoring ecology in 33 caves for six years when the Caldwell Fire struck in July 2020, burning around 70% of the park. The Antelope Fire, which began in August 2021, burned 27% of the park’s area. “So 97% of the park has burned within the past year,” said Jordan Kemp, a Scientists in Parks intern at Lava Beds and graduate student at Indiana State University. The disaster provided a natural opportunity to study the effect wildfires have on cave ecology.

“We’ve never had a fire like this before, so the worry was, ‘Now that we’ve lost all this vegetation at the surface, what will happen to life underneath?’” said Kemp.

Invertebrates like cave millipedes, dipluran, and isopods are small but have an outsize impact on overall cave health: Disturbances at the bottom of the food web can ripple up to the top, especially in ecosystems where many species are highly specialized. Because communities within lava tubes in caves tend to be isolated, unique species can evolve that are only found in a few cave environments.

To answer that question, Kemp and colleagues returned to the caves to see what damage had been done and to document specimens that had been attracted to the tiny baits laid for invertebrates. Their preliminary results, tracking population changes and species diversity, suggest a significant drop in ecosystem diversity in the caves under surfaces burned by the Caldwell and Antelope Fires. Those community changes could be driven by moisture.

“After the fires, we’ve seen wet caves in burn areas become drier, and some dry caves become wet. Loss of vegetation on the surface could have led to a change in groundwater flow, and how water is percolating down through the soil,” said Kemp.

That change in hydrology affected cave humidity, an environmental factor to which invertebrates can be highly sensitive. The fundamental relationship between vegetation mediating water flow at the surface and how much moisture makes it into caves likely holds true for other caves under fire-affected landscapes. Understanding how fires change caves’ moisture, and therefore diversity, will help scientists and land managers protect fragile caves ecosystems as fires become ubiquitous across much of the country.

The caves at Lava Beds National Monument are also home to artifacts and paintings of the Indigenous Modoc people, whose ancestral lands the Monument occupies today. Because invertebrates are so sensitive to overall cave health, they can be a good indicator for preservation risks to the artifacts.

Editor’s note: The views presented here are the individual’s and do not necessarily reflect the views of the National Park Service. 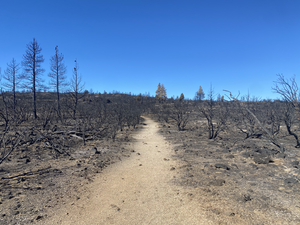 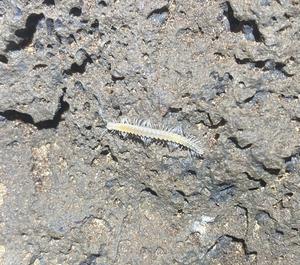 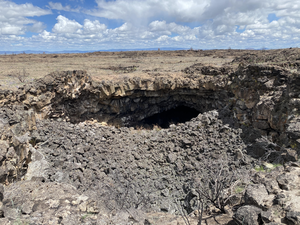