Coral reefs, comprising some of the most diverse and delicate ecosystems under water, are under immense stress. From global warming to pollution to pathogens, many of the reef-building coral species are listed as threatened or endangered. But, according to researchers in Japan, the corals may have an unlikely ally: bacteria.

The multi-institute research team developed a method to quickly and noninvasively test for bacteria species known to benefit coral — they test the seawater near the coral. Their approach, first published online on July 18 in Marine Biotechnology, was featured on the cover of the journal’s August print edition.

“Some coral-associated bacteria are thought to protect coral as probiotics, and in order to develop coral probiotics, it is important to collect such bacteria for further study,” said paper author Natsuko Miura, assistant professor in the Graduate School of Life and Environmental Sciences at Osaka Prefecture University.

She also noted that detecting and identifying bacteria is key to checking the balance of the coral’s bacterial flora, the collective balance of bacteria that exist on any organism.

“Previously, researchers suggested that the composition of the microbial flora in seawater around coral could be used as an environmental indicator,” Miura said, explaining that the challenge is determining exactly how the distribution of bacteria in seawater reflects the coral health. “To better understand this, we collect and analyze bacteria from coral. But, in previous collection methods, coral-associated bacteria were obtained by destroying the coral body. We thought it was problematic to destroy the coral in order to protect it.”

The researchers set out to develop a quick detection method to identify beneficial bacteria in seawater samples taken from around coral reefs. They focused on Galaxea fascicularis, a reef-building coral found off the coast of Sesoko Island in Okinawa, Japan. Species of Ruegeria bacteria are thought to offer probiotic benefits to this coral, such as B12 vitamin production and protection against some pathogens, according to Miura.

In general, to identify specific species, researchers use two fragments of defined genetic code called primers to target and isolate desired longer genetic sequences. Once isolated, the sequence can be copied and amplified in quantities large enough to match to individual species. Frequently, potential primers are proposed based on various genetic factors but require verification.

In addition to newly developed primers, Miura and her team hypothesized that the physical characteristics of two primers from a set of 55 proposed in 2020 that were needed to verify the seawater contents during this development period, would reliably identify Ruegeria species in samples of seawater and coral from around Sesoko Island in just a few hours. They were right.

“Our results indicate that this specific primer set enables easy and rapid isolation of specific bacterial species, facilitating isolation of bacteria of interest,” Miura said, adding that they found higher concentrations of the Ruegeria species in coral than in seawater, suggesting that the bacteria may be concentrated in coral. “While further studies are needed to determine differences in the abundance of bacteria in corals and seawater, the newly developed method makes it easier to quickly check if seawater around the coral obtains beneficial coral-related bacteria without destroying the coral.”

The researchers are now supplying samples of the identified bacteria species to public repositories with the hope that others will be able to expand and accelerate the work to better understand and use coral probiotics, according to Miura.

“In the future, checking for bacteria in the seawater around the coral will allow us to quickly check the health of the coral,” Miura said.

The Collaborative Research of Tropical Biosphere Research Center, University of the Ryukyus, the Japan Society for the Promotion of Science (JP19K15739, JP17K15402, JP18K14479 and JP21K14766), the Nippon Life Insurance Foundation, Sugiyama Chemical & Industrial Laboratory and the Japan Science and Technology Agency (JPM-JAX20B9) supported this research.

About Osaka Prefecture University, Japan
Osaka Prefecture University (OPU) is one of the largest public universities in Japan.
OPU comprises three campuses, with a main campus in Sakai, Osaka. With four colleges for undergraduate students and seven graduate schools, the university offers stellar education in a myriad of fields like engineering, life and environmental sciences, science, economics, humanities and social sciences, and nursing. Not just this, the university also houses various international students, who can enrich their lives with opportunities for internships and exchange programs.
In April 2022, OPU will unite with Osaka City University (OCU) to form Japan’s largest public university, Osaka Metropolitan University. 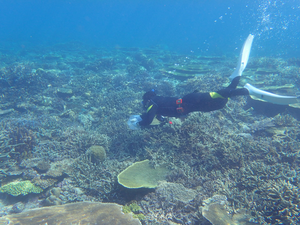