Blasting a rock anthem can energize you during a workout. Playing sonatas in the car can calm you while you’re stuck in traffic. But music doesn’t just improve moods in adults. According to new research out of West Virginia University, it can have a profound effect on some of the youngest, sickest hospital patients.

New research by Hannah Bush—a music therapist and assistant professor in the WVU School of Medicine—suggests that live music may reduce pain and anxiety in pediatric critical-care patients.

“This is the first music therapy study to look at the use of live music with pediatric patients on mechanical ventilation,” Bush said. “There’s a lot of research supporting recorded music with adults on life support but not children. So, we decided to look into that.”

Her findings appear in the American Journal of Critical Care.

Thirty-three patients, under 2 years of age, were included in the study. All were sedated and on mechanical ventilation.

Seventeen patients received live music intervention from a board-certified music therapist for 15 minutes. During the intervention, the music therapist sang lullabies, accompanied herself on guitar and invited the patients’ caregivers to sing along.

The other 16 patients heard 15-minute recordings of the same lullabies, performed by the same music therapist. Similarly, caregivers were given the chance to sing, too.

In all cases, the researchers monitored each patient’s heart rate, respiratory rate and blood pressure before the intervention and at 15-minute intervals for an hour after it.

They found that, on average, babies who heard the live music had an immediate and significant reduction in heart rate. And 60 minutes after the music had stopped, their heart rates were still lower than they had been to start with.

Recorded music did not yield the same results.

“Nothing was statistically significant with the recorded music,” Bush said. “It wasn’t harmful, but we didn’t see improvement.”

The researchers attribute this disparity to live music’s adaptability.

“I actually reduce my own singing if the caregiver starts to sing along because they are the preferred voice,” Bush said. “I can slow things down. I can speed things up if I see the patient start to wake up a little bit. Live music allows you to make changes in the moment, whereas with recorded music, it is what it is.”

She and her colleagues also discovered that patients who received the live music intervention tended to breathe more slowly and have a lower blood pressure than their counterparts who heard recorded music. These changes, however, were not statistically significant.

In the future, Bush plans to investigate how singing along during a child’s live music intervention affects the mood of the caregiver.

“When I offer for caregivers to participate, most of them will initially decline and be like, ‘Oh, no. I'm not a good singer,’” she said. “But usually, even if they start off sitting on the couch, just listening, they’ll approach that bed space, and they’ll hold the child’s hand. They’ll provide gentle massage. They may sing along. There’s something about the experience that just draws them in.” 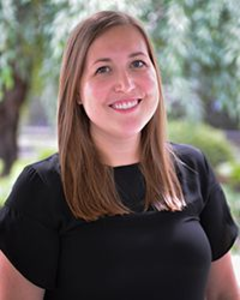