While Greta Thunberg, the climate activist, laments that animal products are ‘stealing’ her future, humanity keeps consuming meat. In fact, approximately between 90-97% of us eat meat, with worldwide meat consumption currently on the rise. Yet, the majority of people are concerned, at least to an extent, with animal welfare. In fact, research has shown that many are inclined to empathise more with dogs than with fellow adults.

A new literature review by UK researchers from the Societies Research Hub at Anglia Ruskin University (ARU) and Nottingham Trent University, led by Sarah Gradidge, explores this "meat paradox" – namely the coexistence of eating meat and caring for animals.

The researchers recognise two main psychological processes within the meat paradox: triggers and restorative strategies. Triggers make meat consumers feel uncomfortable about their own meat consumption. For example, this could be when a meat eater is reminded about meat originating from the flesh of slaughtered animals. However, those thoughts can be countered by certain strategies, so that the person can escape the paradox and resolve their feelings of discomfort.

The researchers list the most common strategies of dealing with the meat paradox, such as when a person regards “food” animals to be of low status and hence incapable of thinking, feeling or understanding. Alternatively, some people justify meat consumption as "natural", "necessary", "nice" and "normal" (the "4Ns"). Another common approach is to dissociate meat from animals by using alternative descriptions, such as “livestock”, “pork” and “poultry”. Some behaviours, such as presenting vegetarianism as illogical, are also often used to justify meat consumption.

Interestingly, the researchers also report that people with different demographics and attitudes utilise different strategies to overcome the meat paradox. For example, one study identified cross-cultural differences, whereby Americans dissociated meat from animals more than people from Ecuador, perhaps because in the latter country it is more common for meat to be served with the animal’s head still attached. Similarly, another study found that French people were more likely to deny that animals have their own mind compared to Chinese people.

People may also justify their meat consumption because it is part of their religious traditions. For example, some people linked it to God’s abundant provision of food, while in a separate study others pointed out the existence of ethical slaughter within Islam.

Disengagement from animals appears to be significantly more prevalent in men than in women, concludes the review. However, the researchers note that this is likely due to traditional gender attitudes. For example, military men and women think of meat consumption as inherently masculine and associate it with the “man as hunter” gender stereotype. On the other hand, those who do not believe as much in traditional masculinity (including males) demonstrate greater engagement with animals.

In the review, the authors state:

“This research evidences how masculinity stereotypes necessitate males, and/or those wishing to be ‘masculine’, to disengage from consumed animals, perhaps explaining why females identify as vegetarian and vegan more than males.” For example, 63% of vegans are female, compared to only 37% being male.

In terms of political ideologies, greater conservatism appears to be linked to viewing vegetarianism and veganism in negative ways and justifying meat consumption as "natural", "necessary", "nice" and "normal", with individuals holding right-wing political beliefs being more willing to consume meat. On the other hand, left-wing participants see vegetarianism and veganism more positively, including in ethical and environmental context.

The main conclusion from the review is:

“[S]ome people are more likely to engage with animals than others, including: females; those who value masculinity less; have less traditional gender attitudes and males who value ‘new masculinity’. Thus, people from these groups may be more responsive to meat reduction interventions.”

“It is exciting to present the first comprehensive structured literature review of the ‘meat paradox’, and we hope it will inform both the ‘meat paradox’ literature and behaviour within the real world, such as meat reduction. The work will be of interest not only to ‘meat paradox’ researchers, but also to people and organisations aiming to reduce meat consumption and even to meat consumers themselves who wish to better understand their psychological relationship to meat. This review is especially timely given urgent requirements to reduce meat consumption in order to save the environment, and we therefore hope the review informs these efforts.”

A structured literature review of the meat paradox

How do we keep on eating meat if we wish animals no harm?

The Polish Association of Social Psychology 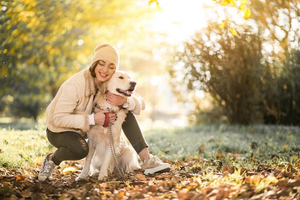 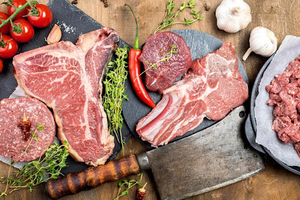