A joint study conducted by researchers from Tel Aviv University and the Open University of Israel revealed that exposing male crickets to artificial light at night (ALAN) can impair their activity cycles. According to the researchers, nocturnal chirping is the male's way of calling females to come and mate with him, and its disruption can interfere with reproduction processes and even endanger the entire species. Previous studies worldwide have shown that light pollution is harmful to many species of animals and plants. The researchers call for reducing ALAN as much as possible to enable coexistence In the night environment.

The study was led by Prof. Amir Ayali and Keren Levy of the School of Zoology and the Steinhardt Museum of Natural History at Tel Aviv University and Prof. Anat Barnea of the Department of Natural and Life Sciences at the Open University. Yoav Wegrzyn from Prof. Ayali's laboratory and Ronny Efronny also took part in the study. The paper was published in Proceedings of the Royal Society B, and also mentioned in Nature.

Keren Levy explains: The distinction between day and night, light and darkness, is a major foundation of life on earth. But humans, as creatures of the day who fear the dark, disrupt this natural order: they produce artificial light that drives away the darkness and allows them to continue their activities at night. Today more than 80% of the world population live under light pollution, and the overall extent of ALAN rises by 5% every year. ALAN negatively impacts the environment and affects natural behaviors that have developed over millions of years of evolution. ALAN affects the length and quality of sleep of many animals, leads to high mortality, and changes the activity cycles of many creatures.  For example, dung beetles, that navigate using the Milky Way, lose their way when light pollution increases; sea turtles hatchlings seek the brightest surface in sight - supposedly the sea, and reach the nearby promenade instead; to mention just two of many examples."

In the current study the researchers examined the impact of light pollution on the field cricket, a nocturnal insect whose chirping can be heard during the nights of late summer – when males call for females to mate with them. Prof. Ayali: "In nature crickets exhibit a very regular cycle of activity. Chirping behavior, calling for females, occurs at sunset and during the night, ending in the morning. We exposed field crickets to different levels of lifelong ALAN and observed its impact on two fundamental behaviors: chirping and locomotion."

The researchers monitored dozens of crickets exposed lifelong (from egg to adult stage), to four types of light conditions. They found that crickets exposed to 12 hours of light followed by 12 hours of darkness exhibited cyclic activity rhythms of 24h:  they began to chirp when the lights went out and stopped when the lights were turned on again.  Crickets that experienced partial lighting in the dark periods lost their natural rhythms and their synchronization with their environment: 80% followed an individual inner cycle, and 5% lost all rhythm. Crickets exposed to constant light 24/7 developed their own cycles (71%) or lost all rhythm (29%). The findings indicated that increase of ALAN in the laboratory induces loss of rhythmicity at both the individual and population levels.

Keren Levy: "Our study demonstrates that crickets whose light-dark cycle is disrupted behave like teenagers on vacation: active or asleep according to their own inner clock or lacking any rhythm whatsoever. In fact, light pollution induced by humankind impacts the field cricket and evokes loss of synchronization within the individual, on the population level, and between the population and the environment. Our findings on ALAN-induced changes in calling song patterns may possibly impair female attraction and reproduction in this species. Our results are in accord with many other studies demonstrating the severe impacts of low levels of ALAN on nature. We ask, you, therefore, to help protect our environment and surroundings by turning off the lights in your backyards, on the terrace, in parking lots, and wherever possible. Help us bring the night and the milky way back into our lives and enable nightly coexistence with the creatures around us. " 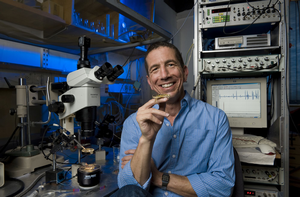 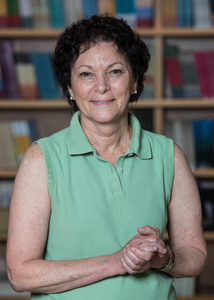