BUFFALO, N.Y. — They’re born. They live once, erupting for a period that might last for days, years or decades. Then, they go dark and die.

This narrative describes the life of a monogenetic volcano, a type of volcanic hazard that can pose important dangers despite an ephemeral existence.

The landscape of the southwestern U.S. is heavily scarred by past eruptions of such volcanoes, and a new study marks a step toward understanding future risks for the region.

The research, which will be published on Nov. 2 in the journal Geosphere, provides a broad overview of what we know — and don’t know — about this type of volcanism in the U.S. Southwest over the past 2.58 million years, a geologic period known as the Quaternary.

During this time, more than 1,800 monogenetic volcanoes erupted in the region, according to a count covering Nevada, Utah, Arizona, Colorado, New Mexico and parts of California’s eastern edge. Add in the Pinacate volcanic field, located mostly in the Mexican state of Sonora, bordering Arizona, and the number goes up to over 2,200, scientists say. (The volcanoes included are ones whose ages are estimated to be in the range of the Quaternary, but many have not been precisely dated.)

“Monogenetic means ‘one life,’” says lead author Greg Valentine, a University at Buffalo volcanologist. “So a monogenetic volcano will erupt once, and that eruption may last for several days to several decades, but after that, the volcano is basically dead.

“In the United States, most volcanic hazards-related attention has rightly gone to places like Hawaii, and to the Pacific Northwest and Alaska, where we have big stratovolcanoes like Mount Rainier and Mount St. Helens, which will have many eruptive episodes over a long life, with widespread hazardous effects. In the past, these smaller monogenetic volcanoes really haven’t been looked at from a focus on hazards; they have been instead studied mainly for what they tell us about the deep earth. Recently, however, there has been more buzz in the research community about how we need to take a look at the kinds of hazards these volcanoes might pose.

“My experience with the general public is that most people are surprised to know that there are so many young volcanoes in the Southwest.”

These volcanoes won’t erupt again. So why study them?

The 2,000-plus volcanoes noted in the paper are done erupting, so they no longer pose a threat. But studying them is important because of the potential for new ones to bloom.

“Monogenetic volcanoes tend to occur in areas that we call volcanic fields, and the American Southwest is just dotted with these,” says Valentine, who grew up in New Mexico. “These are areas of high volcanic activity where future eruptions could happen, but we don’t know when, and we don’t know exactly where.”

The city of Flagstaff, Arizona, is located in a volcanic field where multiple monogenetic volcanoes have erupted in the past, so a better understanding of possible hazards is important for people who live there.

“Two of the most recent eruptions in the Southwest occurred near Flagstaff about 1,000 years ago, one just outside of town and the other on the north rim of the Grand Canyon,” Ort says. Northern Arizona University is in Flagstaff. “People living there at the time adapted to the effects of the eruptions, changing agricultural and cultural practices as well as where they lived. We will need to do the same when the next one erupts. Albuquerque also has young volcanoes along its western margin.”

Mercifully, most volcanoes in the southwestern U.S. are in remote locations, away from large population centers. In isolated areas, threats from eruptions could include ash plumes that disrupt travel (including air) or power distribution infrastructure,  researchers say.

“One of the younger eruptions in the Southwest occurred south of Grants, New Mexico a few thousand years ago, and flowed for many miles parallel to what is now Interstate 40 and part of the Burlington Northern Santa Fe railroad,” Ort says. “A similar eruption today would take out one of the most important east-west transportation routes in the country. Several volcanic fields lie along these routes, from the Mojave Desert of California to eastern New Mexico, including the one around Flagstaff.”

“The fundamental pieces of information that you need to have in order to start understanding the hazards and the chances of a future eruption are the number of volcanoes, their ages and the types of eruptions they have,” Valentine says. “What we set out to do in the study is find every bit of information that we could about these monogenetic volcanoes in the southwestern U.S. and compile it all in one place. How many of these are there? What are their characteristics? We got information from state geological surveys, published papers and other sources.”

What are the chances of a new eruption within a century?

Based solely on the total count of volcanoes that have erupted in the study region during the Quaternary Period, the chances of a new volcano emerging in the area within 100 years would be about 8%, Valentine says.

But he notes that this figure embodies lots of uncertainty. It doesn’t account for buried volcanoes, or the fact that a single eruption can create multiple vents. More research will be needed to refine this estimate and to forecast likely locations for a new eruption.

“There’s so much uncertainty here, and this is part of the problem,” he says. “It’s kind of a wide-open research field. When you look at the region from the perspective of volcanic hazards, we really have very little information. Most of the volcanoes have not been dated, so we don’t know how old they are, except that they likely formed sometime within the Quaternary Period. Very few have been studied in detail.”

That said, the study’s findings indicate that the frequency of eruptions across the study region may approach that of individual volcanoes in the Pacific Northwest, Valentine and Ort say. The new paper highlights gaps in knowledge, and the scientists hope that it can act as a launchpad for future, more detailed research. As Ort and Valentine point out, a new Southwest volcano could appear anywhere in any active volcanic field.

“We don’t have infinite resources, so we have to prioritize the efforts we put into forecasting and planning for hazards,” Valentine says. “But how do you set priorities? If you’re monitoring volcanic fields in the Southwest, where do you put the instruments? Being able to better answer questions like these is what we’re moving toward.”

Let’s talk about the 1,800-plus ‘young’ volcanoes in the US Southwest 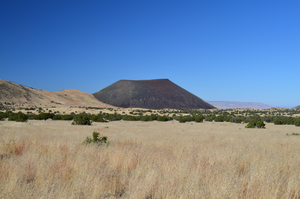 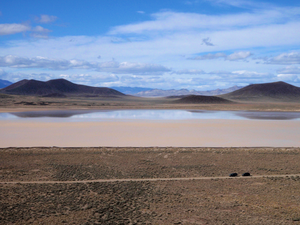 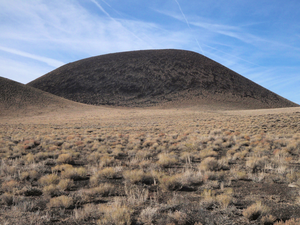