White-footed mice are able to survive and thrive with physical impairments. A new study in Proceedings of the Royal Society B assessed 26 years of monitoring data on wild populations of white-footed mice – representing more than 27,244 animals – and found that mice with missing or deformed limbs, tails, or eyes persisted at a rate similar to their unimpaired counterparts.

Co-author Richard Ostfeld, a disease ecologist at Cary Institute of Ecosystem Studies, comments, “Results of our long-term study on wild white-footed mice do not support the long-held assumption, sometimes applied to vertebrates more broadly, that physical impairments reduce measures of fitness such as survival, movement, and mass.”

The research team analyzed 26 years of data from a long-term mark-recapture program that Ostfeld initiated on Cary Institute’s Millbrook, NY property in 1991. Small mammals were trapped at six plots in deciduous forest dominated by oaks and maples. Catch-and-release trapping occurred every 3–4 weeks over 2–3 consecutive days between May and November using live traps baited with oats.

Mice were given metal ear-tags upon first capture, and data on sex, age, mass, ectoparasite load (e.g., bot fly larvae, ticks), and location were recorded. In addition, trappers took detailed notes about the physical features of each animal.

Lead author Francesca Rubino of the UC Davis School of Veterinary Medicine was a former Project Assistant in the Ostfeld Lab. She explains, “White-footed mice are survivors. We know they thrive in degraded forests and can tolerate high parasite loads. We were interested in determining if this tolerance extended to physical impairments.”

To assess the impact of physical impairments on the fitness of mice, trapping notes from 1991 to 2016 were reviewed. Mice with the following impairments were included in the study: missing, partially missing, or broken tails; missing, partially missing, or broken/deformed limbs; and missing eyes or cataracts. Survival was estimated by persistence time on the trapping plots. Body mass, movement, and ectoparasite burden (larval bot fly and ticks) were also analyzed.

“To our knowledge, no prior study has included as big a sample size of individuals or as long a time series. Having mark-recapture records on a large number of mice both before and after their impairment provided us with a unique opportunity to distinguish cause-effect relationships from mere correlation.” Ostfeld explains.

Rubino explains, “We found no evidence that physical impairments in white-footed mice were associated with decreased fitness. On the contrary, looking across standard measures of fitness, mice with impairments performed at least as well, on average, as mice without impairments.”

With Ostfeld adding, “Mice appear able to compensate for broken or missing major appendages and for partial or total loss of vision in ways that generally avoid compromising longevity, body condition, movement, or protection from ectoparasites.”

The authors note that this resilience is consistent with prior studies revealing the ability of mice to tolerate infection by some parasites. Whether this tolerance to injury and infection is shared with other species, and if so, what mechanisms might underlie high tolerance, are unknown, but worthy of further study.

“This study is both powerful – more than 27,000 wild mice over 26 years – and surprising,” says Doug Levey, a program director in NSF’s Division of Environmental Biology, which provided grant support for the work. “Until now, few ecologists would have said that impaired mice live as long as mice that are free of impairments.”

“Our findings challenge broader assumptions that physical impairments reduce the fitness of their bearers and are inconsistent with the devaluation of impaired individuals that pervaded early thinking in evolutionary biology,” Ostfeld concludes.

Effects of physical impairments on fitness correlates of the white-footed mouse, Peromyscus leucopus 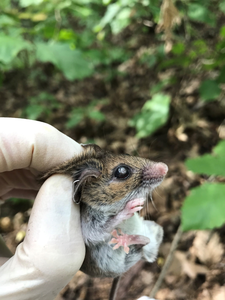 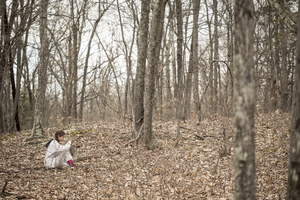