Farming communities in the African Sahel have adapted their crops to the high seasonal variability and rising temperatures caused by climate change over this past century. This is the main conclusion of a study carried out by the Institute of Environmental Science and Technology of the Universitat Autònoma de Barcelona (ICTA-UAB), which highlights the importance of environmental knowledge of rural and indigenous communities in adapting to climate change.

The study documents Sereer farmers' observations of local environmental changes in the Fatick region of Senegal, and analyses how the farmers use crop diversity to adapt to those changes. These rural populations in the Sahel are highly dependent on rain-fed agriculture, making them highly vulnerable to climate variability, which threatens their main source of food and income.

According to the study conducted by ICTA-UAB researchers Anna Porcuna-Ferrer and Victoria Reyes-García, alongside Faustine Ruggieri from the CIRAD (France), over the past century Sereer farmers have had to face four different climatic periods – with variations in rainfall, temperature and winds – in which they modified the variety of crops to respond to climate change, as well as to the corresponding socio-economic and cultural changes.

In the early 1970s, a period of intense drought – called "ofein" in local language – began, which for a decade was characterized by low rainfall (from July to early September), warm temperatures throughout the year and no cold spells. The lack of rainfall during the crop flowering time in September and October resulted in poor harvests and famines, lack of pasture, reduction of herds, and the disappearance of many wild animals due to drying and loss of forest habitat. During this period, and in order to maintain production during dry spells, farmers introduced most of the short-cycle varieties they maintain today.

The period following the drought, from the early 1980s to the late 1990s, gradually recovered rainfall levels, albeit with shorter periods. Temperatures ceased to be seasonal and the cold at the end of the rainy season never came back.

The most recent period described by farmers started in 2000 and is still ongoing. According to respondents, rainfall has returned to pre-drought levels. The rainy season remains short, but rainfall is abundant and evenly distributed over time. Farmers agree that, compared to the 1960s, temperatures are now warmer and windier, which they relate to the lack of a natural barrier provided by the trees. Farmers have adapted to the shorter rainy season by using animal-driven tools, which enable them to cultivate larger areas faster, thus increasing the chances of a good harvest. Herd sizes have not increased because all accessible pastureland is now under cultivation, and trees do not regenerate because the use of animal-driven tools such as seed drills and hoes kill young shoots. With the recovery of rainfall, farmers have recovered long-cycle varieties, which now coexist in their fields with short-cycle varieties.

"Understanding how Sereer farmers use crop diversity to adapt to climate variations can be the basis for climate change adaptation policies that address local needs and constraints," explains Anna Porcuna-Ferrer, co-author of the study and member of the LICCI research group ("Local Indicators of Climate Change Impacts - The Contribution of Local Knowledge to Climate Change Research”), led by ICTA-UAB anthropologist Victoria Reyes-García.

Crop diversity management as smallholders’ response to climatic variability. Insights from the Sereer in Senegal 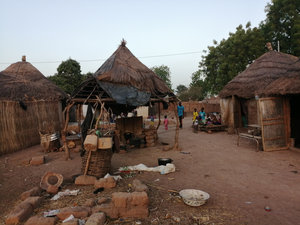 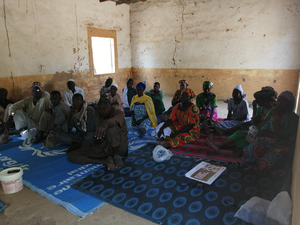 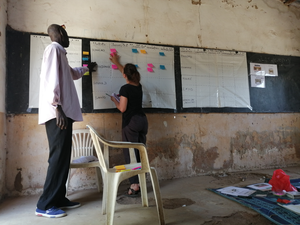