Patients with two out of the three most common types of advanced breast cancer now have an average survival time of at least five years, according to a panel of experts at the Advanced Breast Cancer Sixth International Consensus Conference (ABC 6). [1]

In a session agreeing new guidelines for treating advanced breast cancer, experts said that more work is needed to find treatments that are effective for the third type of ABC (called triple negative ABC), where average survival times remain lower.

The most common subtype of ABC is known as hormonal-dependent or oestrogen receptor-positive (ER+) because its growth is fuelled by the hormone oestrogen. Another subtype is known as HER2+ because the cancer cells make too much of a protein known as HER2, which stimulates their growth. In the past decade, the median survival for these two subtypes of ABC, which together make up 85% of cases, has risen from just one or two years to five years. This means that half of patients with these cancers may live for more than five years, with some living for as long as ten years.

The third subtype, known as triple-negative cancer because it is not fuelled by oestrogen and it does not over-produce HER2, has fewer treatment options and patients have worse survival as a result. In the last couple of years, hope has risen for this subtype as well, with two new treatments providing some survival benefit. In the new guidelines agreed at ABC 6, experts say that patients with this subtype should have access to these new drugs, sacituzumab govitecan and anti-PD-L1 agents, especially pembrolizumab.

A key objective of the Advanced Breast Cancer Conferences and the ABC Global Alliance, delineated in the ABC Global Charter [3], is to double the survival among patients with the disease by 2025. Chair of the ABC 6 Conference and of the ABC Global Alliance, Professor Fatima Cardoso, Director of the Breast Unit of the Champalimaud Cancer Centre in Lisbon, Portugal, said: “We have made a major step towards our goal of doubling average survival times for patients because we have now achieved this in two out of three subtypes of advanced breast cancer.

“This disease is still incurable, but we have come a long way and this progress makes me feel hopeful. It means that for the majority of patients, they have two or three extra years of life, with good quality of life as well. Survival has also improved for patients with triple negative disease, but we need to do more for these patients, especially as it tends to affect younger people who often have young children to care for.”

The Advanced Breast Cancer International Consensus Conferences have been running for a decade, meeting every two years to share and discuss the latest research on ABC, and to update international guidelines on how best to treat patients. The new guidelines from this year’s meeting will be published in early 2022.

Professor Cardoso added: “A decade ago there was a terrible lack of research about how to help patients with advanced breast cancer and, as a result, we had to base most of our recommendations on the opinion of experts.

“We’ve worked hard to galvanise the research community around this issue, and we’ve made major progress over the last ten years. This year, as a result, most of our recommendations for treating ABC are now based on the best possible scientific evidence, called level 1. This is good news for patients because they can be confident that the treatments they are offered are backed by the best science and have the best chance of keeping them well for longer.”

Mrs Renata Haidinger, Co-Chair of ABC 6, President of German Breast Cancer Association and a breast cancer survivor since 2000, said: “Thanks to the leadership and determination of Professor Cardoso, the ABC Conferences and the ABC Global Alliance have made a huge contribution to improvements in the understanding, treatment and survival of advanced breast cancer. Over the last ten years, this has had a tremendous impact on patients’ lives and I have no doubt that with continued work, we will make further improvements to help more patients with metastatic disease survive for five years and beyond.”

There are no reliable figures for the numbers of women (and men) living with advanced breast cancer. However, there are over two million new cases of breast cancer a year in the world and 0.6 million deaths. About 5-10% of cases are either locally advanced or have metastasised at diagnosis, and these figures reach almost 80% in developing countries. About a third of all early breast cancer cases will become metastatic even with the best care.

[1] Around 1,000 participants from countries all over the world are attending the Advanced Breast Cancer Sixth International Consensus Conference (ABC 6). This year the meeting has moved online from its normal venue in Lisbon, Portugal, due to the COVID-19 pandemic.

[2] Advanced breast cancer is defined as cancer that has spread beyond the site of the first (primary) tumour to other sites either surrounding sites such as the skin, chest wall and some lymph nodes (called locally advanced) or distant parts of the body (metastatic cancer). 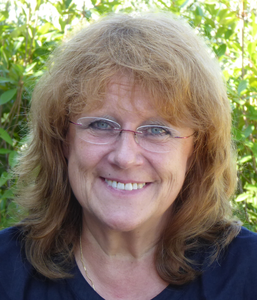