In the past, doctors would treat tumors with chemotherapy, but they couldn’t avoid hitting healthy cells, too. Today cancer treatments have grown more accurate, and scientists at West Virginia University are working to level-up their accuracy even more.

Mark McLaughlin—a researcher with the WVU Cancer Institute and Modulation Therapeutics Inc.—and his colleagues are developing a cancer treatment that zeroes in on the diseased cells with more precision. Based on extensive preclinical research, they have received approval from the Food and Drug Administration to begin human trials of a new drug to treat eye-cancer.

The team designed the drug—called MTI-201—to treat uveal melanoma after the cancer has traveled to another part of the body.

Uveal melanoma is the most common form of eye cancer, but it’s a rare disease overall.

“About 2,500 people in the United States get uveal melanoma per year, and only half of those people get the metastatic disease,” said McLaughlin, a professor in the School of Pharmacy and researcher supported by the West Virginia Clinical and Translational Science Institute. “Unfortunately, they all die. There’s no available treatment that significantly extends life.”

MTI-201 achieves its precision by homing in on a specific biomarker. This biomarker is a protein—or “receptor”—that is overabundant in uveal melanoma cells. Because the receptor isn’t as plentiful in healthy cells, the drug doesn’t destroy them.

“The invention, really, is a targeting ligand that seeks out and interacts with that overexpressed receptor,” said School of Pharmacy professor Lori Hazlehurst.

Hazlehurst is the associate director of basic research for the Cancer Institute, a WVCTSI-supported researcher and, along with McLaughlin, a cofounder of Modulation Therapeutics.

Once the actinium reaches the surface of a tumor cell, it penetrates the cell within seconds.

“It irradiates the cell from the inside out,” McLaughlin said.

“Fortunately, this molecule is small, as far as drugs go, and it can be internalized into the cell or cleared relatively rapidly from the normal tissue,” he said. “It has a 10-day half-life, which means that 10 days after the treatment, over half of the actinium that didn’t get to the tumor is gone. That makes it safer.”

This is the first investigational new drug application that the FDA has awarded Modulation Therapeutics.

Down the line, it’s possible that MTI-201 could even be used to treat localized cases of uveal melanoma before it spreads.

“The current therapy for primary uveal melanoma is irradiation of the eye,” McLaughlin said. “Because the radiation is coming from the outside, it causes all sorts of collateral damage while it’s going into the site where the tumor actually is. Our drug could be injected right into the eye at a very, very low dose. It wouldn’t be circulating throughout the body. It would reach the target immediately. And—years and years in the future—it could even potentially save that person’s sight in that eye.”

WVCTSI is funded by an IDeA Clinical and Translational grant from the National Institute of General Medical Sciences (U54GM104942) to support the mission of building clinical and translational research infrastructure and capacity to impact health disparities in West Virginia. 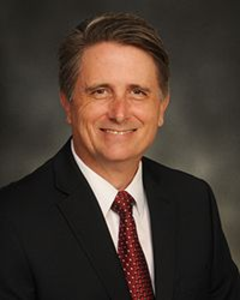 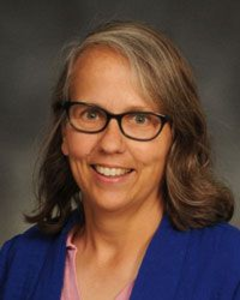