Soils are home to diverse microbial communities that cycle nutrients, support agriculture, and trap carbon – an important service for climate mitigation. Globally, around 80% of Earth’s terrestrial carbon stores are found in soils. Due to climate warming and other human activities that affect soil microorganisms, this important carbon sink is at risk.

A new study led by Jane Lucas, a community ecologist at Cary Institute of Ecosystem Studies, investigated the interactive effects of rising temperatures and a common livestock antibiotic on soil microbes. The research team found that heat and antibiotics disrupt soil microbial communities – degrading soil microbe efficiency, resilience to future stress, and ability to trap carbon. The work, now available online, will appear in the December issue of Soil Biology and Biochemistry.

Lucas, says, “Most studies of soil health examine only one stressor at a time. Here, we wanted to explore the effects of warming temperatures and antibiotics simultaneously, to get a sense of how two increasing stressors impact soils.”

Monensin was selected because it is a common antibiotic whose use is expanding on cattle farms. Monensin is inexpensive, easy to administer, does not require a veterinary feed directive, and is not used in human medications. Like many antibiotics, Monensin is poorly metabolized; much of the antibiotic is still biologically active when it enters the environment through animal waste.

Soil samples were treated with either a high dose, low dose, or no dose of the antibiotic; these were heated at three different temperatures and left to incubate for 21 days. Temperatures tested (15, 20, and 30°C) represented seasonal variation plus a future warming projection. For each treatment, the team monitored soil respiration, acidity, microbial community composition and function, carbon and nitrogen cycling, and interactions among microbes.

Lucas says, “We saw real changes in soil microbe communities in both the low and high-dose additions. Rising temperature exacerbated these antibiotic effects, with distinct microbial communities emerging at each temperature tested. Within these assemblages, we saw reduced diversity and fewer microorganisms overall. These changes could diminish soils’ resilience to future stress.

We also found that heat and antibiotics increased microbial respiration, decreasing efficiency. Essentially, microbes have to work harder to survive when they are in a hot, antibiotic laden environment. This is similar to how it is easier to walk a mile when it is 70 degrees than it is to run a mile when it is 95 degrees. Decreased microbial efficiency can cause soils to store less carbon in the long term.”

As soil microbes are working harder (and inefficiently) to process carbon, less is converted into a stable organic form, which would become trapped in the soil. Instead, more carbon dioxide is released into the atmosphere as a gas. This effect could turn an important carbon sink into a carbon source, exacerbating climate change effects.

Senior author Michael Strickland, an Associate Professor at the University of Idaho’s Soil and Water Systems Department, says, “Forces of environmental change do not play out in isolation. Our results show that heat alone, antibiotics alone, and heat and antibiotics together all have different effects on soil microbial communities. These findings highlight the importance of testing multiple stressors simultaneously to more fully understand how our soils, and the essential functions they perform, are changing.”

Lucas concludes, “This work aligns with the ‘One Health’ approach. Agriculture, the environment, and public health are inextricably linked. Understanding how multiple stressors shape soil microbes is critical to supporting soil health in the face of global change. If we do not manage for interactive effects, things like soil carbon storage capacity and crop production could be jeopardized. In addition to broader climate mitigation efforts, limiting antibiotic inputs to the environment could help protect soils.” 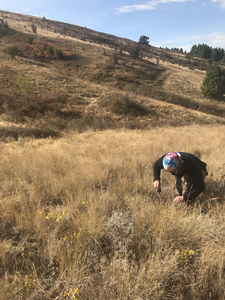 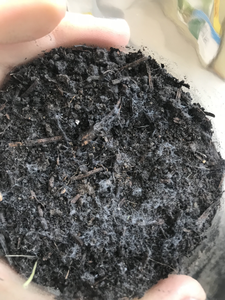