Scientists have carefully studied the intricacies of how individual organisms live and act together in groups known as biological collectives. In “superorganisms” such as bee colonies, the interactions of the individual members add up to benefit the entire colony.

Details have been elusive on how colonies make decisions in the face of changing conditions that are vital to their survival. Now researchers at the University of California San Diego studying honey bees have published a research study indicating that colony size is a key factor. The findings—led by researchers from UC San Diego’s Division of Biological Sciences and Institute for Neural Computation, along with a researcher from the Westphalian University of Applied Sciences in Germany—are published Nov. 10 in the Journal of the Royal Society Interface.

Working at a UC San Diego apiary, the researchers collected data over several years on the behaviors of individuals in small and large honey bee colonies. Their efforts focused on communication signals that bees use to convey information. Honey bees use a vigorous “waggle dance” to let their hive mates know about an available food source beneficial to the colony. But when conditions of such food sources deteriorate, or when a fellow hive mate is threatened by a predator, bees then produce “stop” signals—which include transmitting vibrations and delivering head butts—that let waggle dancers know that the source is no longer a viable option.

The key determining factor, they uncovered, boils down to the size of the colony. Large, established colonies with comfortable levels of food stores were less likely to take chances with risky food sources. Alternately, smaller colonies pressed to locate adequate food to sustain themselves were much more willing to take risks and ignore warning signals.

The results underscored the idea that a strategy that works to keep a small colony going is not necessarily the optimal strategy for a large colony.

“It all boils down to risk. Smaller colonies will take more risk because they need food,” said James Nieh, a professor in the Section of Ecology, Behavior and Evolution and senior author of the paper. “When a swarm starts a new colony, they are in a desperate situation and likely more willing to take chances.”

The researchers indicate that the behavior of such superorganisms is analogous to neural networks. In both colonies and nervous systems, information is processed by networks of individual components that need to exchange critical information for the biological collective to survive. Other systems where such behaviors are seen include human social groups such as small companies that may be less likely to heed new information that would cause them to change their planned course. The scientists also indicate that their results could have implications for the design of artificial computing networks. Like bee colonies, these networks need to perform well and remain robust as they grow or shrink in size.

“Global climate change is shifting many things, including when flowers bloom, which in turn is likely shifting the habits of predators,” said Nieh. “Honey bees have an amazing resilience to these changes in part because of their intricate communication system, so this study helps us understand how they can adapt better. 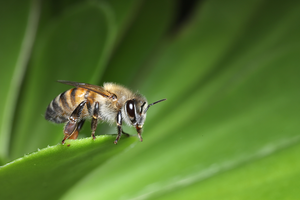 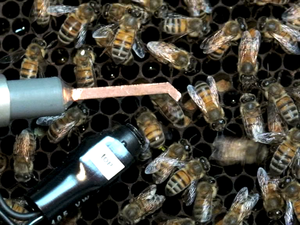 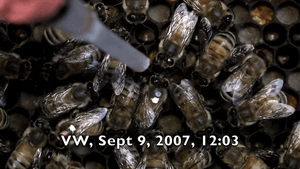