TORONTO, Dec. 3, 2021 – For decades, scientists have hotly debated the origin of the western honey bee. Now, new research led by York University has discovered these popular honey-producing bees most likely originated in Asia.

The western honey bee is used for crop pollination and honey production throughout most of the world, and has a remarkable capacity for surviving in vastly different environments – from tropical rainforest, to arid environments, to temperate regions with cold winters. It is native to Africa, Europe and Asia, and was recently believed to have originated in Africa.

The research team sequenced 251 genomes from 18 subspecies from the honey bee’s native range and used this data to reconstruct the origin and pattern of dispersal of honey bees. The team found that an Asian origin – likely Western Asia – was strongly supported by the genetic data.

“As one of the world’s most important pollinators, it’s essential to know the origin of the western honey bee to understand its evolution, genetics and how it adapted as it spread,” says corresponding author Professor Amro Zayed of York University’s Faculty of Science.

The study also highlights that the bee genome has several “hot spots” that allowed honey bees to adapt to new geographic areas. While the bee genome has more than 12,000 genes, only 145 of them had repeated signatures of adaptation associated with the formation of all major honey bee lineages found today.

“Our research suggests that a core-set of genes allowed the honey bee to adapt to a diverse set of environmental conditions across its native range by regulating worker and colony behaviour,” says York University PhD student Kathleen Dogantzis of the Faculty of Science, who led the research.

This adaptation also allowed for the development of some 27 different subspecies of honey bees.

“It’s important to understand how locally adapted subspecies and colony-level selection on worker bees, contributes to the fitness and diversity of managed colonies,” says Dogantzis.

The sequencing of these bees also led to the discovery of two distinct lineages, one in Egypt and another in Madagascar.

The researchers hope their study finally lays to the rest the question of where the western honey bee came from so future research can further explore how they adapted to different climates and geographic areas.

The paper, Thrice out of Asia and the adaptive radiation of the western honey bee, was published today in the journal Science Advances.

Where did western honey bees come from? New research finds the sweet spot 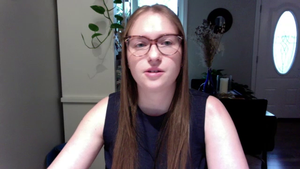 How the origin of the western honey bee was discovered