CORVALLIS, Ore. – New Oregon State University research shows that warm-water habitats can be critically important for the survival of cold-water fish such as trout and salmon.

In the midst of climate change, this research has important implications for habitat protection and restoration efforts, which traditionally prioritize cold bodies of water instead of those that heat up during summer months, the researchers said.

“We show in this paper by devaluing habitats that are warm in summer we miss their critical functions at other times of year,” said Nick Hahlbeck, who conducted the research as a doctoral student at Oregon State. “In this case, the habitat that would be written off provides almost all of the energy needed for growth and reproduction that is expressed at other times of the year.”

The research, recently published in the journal Conservation Biology, was conducted in Upper Klamath Lake in southwestern Oregon. That site is important because at present it is an example of what scientists fear will happen to other water basins as the climate continues to warm, researchers said.

“The lake is 80 degrees Fahrenheit in summer and neon green with algae blooms that can kill even the toughest fish species. It is the opposite of what we think of as trout habitat,” said Jonny Armstrong, an ecologist at Oregon State and co-author of the paper. “This research shows that habitat that is nasty in summer can be critically important during other seasons.”

The research focused on salmon-sized redband rainbow trout, which are an important recreational game fish and provide the last remaining subsistence fishery for the Klamath Tribes. Previously salmon were common in the area, and the research provides insights into how salmon could use the lake again once dams are removed downstream, which could occur in the near future.

Scientists tagged about 100 redband trout and tracked their movements over three years. They measured the condition of the fish using a metric similar to body mass index and studied the contents of their guts to calculate energy levels.

Gut contents indicated that the trout used the lake as foraging grounds in spring and fall, consuming primarily fish. In contrast, summer rations for the trout were much smaller and consisted primarily of insects from the lake’s cold-water tributaries. The differences in ration size and diet composition between the two habitat types amounted to a roughly 100 times difference in energy consumed by a typical fish.

At least 65% of tagged fish migrated to the lake twice annually between periods of living in the tributaries for spawning or to escape the warm lake waters. Migration distances to the lake from cool water areas spanned up to 30 miles and 90 miles from spawning grounds.

In the summer, 72% of trout sampled had nearly empty stomachs, compared to just 10% of trout sampled in spring or fall, when most trout were gorging on smaller fish in the lake. On average, fish gained weight during spring and fall periods of lake residence and lost weight at similar rates in the tributaries during the following seasons.

“We found that the fish use cold clear tributaries, which look like classic trout habitat, for refuge in summer and spawning in winter, but that their fall and spring feeding in the lake is what pays the bills for the energy they expend in these other seasons,” said Armstrong, an assistant professor in the Department of Fisheries and Wildlife in the College of Agricultural Sciences.

Planning for continued climate change often focuses on conserving habitat that could serve as so-called refugia, areas in which organisms can survive through a period of unfavorable conditions, researchers said. They argue this overlooks the fact that mobile populations, such as redband trout, take advantage of multiple habitats across a landscape, and that areas that wouldn’t be considered refugia can be vital.

“Our study empirically demonstrates that warm habitats can fuel coldwater fisheries and challenges the common practice of identifying refugia based only on summer conditions,” researchers wrote. “The search for climate refugia should be broadened to consider the suite of complementary habitats that mobile animals can link in space and time.” 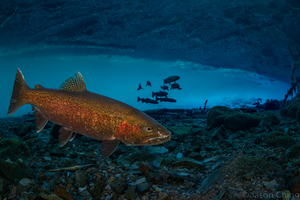 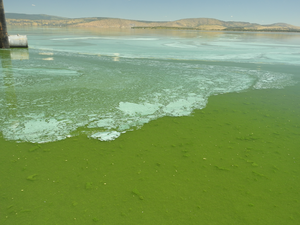 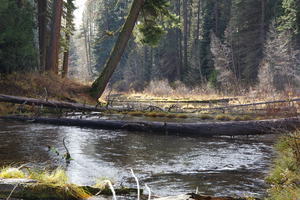 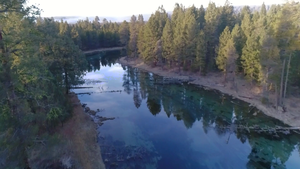