Reno, Nev. (Dec. 1, 2021) - There are few places farther from your medicine cabinet than the tissues of an ascidian, or “sea squirt,” on the icy Antarctic seafloor – but this is precisely where scientists are looking to find a new treatment for melanoma, one of the most dangerous types of skin cancer.

In a new paper that was published today in mSphere, a research team from DRI, Los Alamos National Laboratory (LANL), and the University of South Florida (USF) made strides toward their goal, successfully tracing a naturally-produced melanoma-fighting compound called “palmerolide A” to its source: a microbe that resides within Synoicum adareanum, a species of ascidian common to the waters of Antarctica’s Anvers Island archipelago.

“We have long suspected that palmerolide A was produced by one of the many types of bacteria that live within this ascidian host species, S. adareanum,” explained lead author Alison Murray, Ph.D., research professor of biology at DRI. “Now, we have actually been able to identify the specific microbe that produces this compound, which is a huge step forward toward developing a naturally-derived treatment for melanoma.”

The bacterium that the team identified is a member of a new and previously unstudied genus, Candidatus Synoicihabitans palmerolidicus. This advance in knowledge builds on what Murray and her colleagues have learned across more than a decade of research on palmerolide A and its association with the microbiome (collective suite of microbes and their genomes) of the host ascidian, S. adareanum.

In 2008, Murray worked with Bill Baker, Ph.D., professor of chemistry at USF, and Christian Riesenfeld, Ph.D., postdoctoral researcher at DRI to publish a study on the microbial diversity of a single S. adareanum organism. In 2020, the team expanded to include additional researchers from LANL, USF, and the Université de Nantes and published new work identifying the “core microbiome” of S. adareanum – a common suite of 21 bacterial species that were present across 63 different samples of S. adareanum collected from around the Anvers Island archipelago.

In the team’s latest research, they looked more closely at the core microbiome members identified in their 2020 paper to determine which of the 21 types of bacteria were responsible for the production of palmerolide A. They conducted several rounds of environmental genome sequencing, followed by automated and manual assembly, gene mining, and phylogenomic analyses, which resulted in the identification of the biosynthetic gene cluster and palmerolide A-producing organism.

“This is the first time that we’ve matched an Antarctic natural product to the genetic machinery that is responsible for its biosynthesis,” Murray said. “As an anti-cancer therapeutic, we can’t just go to Antarctica and harvest these sea squirts en masse, but now that we understand the underlying genetic machinery, it opens the door for us to find a biotechnological solution to produce this compound.”

“Knowing the producer of palmerolide A enables cultivation, which will finally provide sufficient quantity of the compound for needed studies of its pharmacological properties,” added Baker.

Many additional questions remain, such as how S. adareanum and its palmerolide-producing symbiont are distributed across the landscape in Antarctic Oceans, or what role palmerolide A plays in the ecology of this species of ascidian.  Likewise, a detailed investigation into how the genes code for the enzymes that make palmerolide A is the subject of a new report soon to be published.

To survive in the harsh and unusual environment of the Antarctic seafloor, ascidians and other invertebrates such as sponges and corals have developed symbiotic relationships with diverse microbes that play a role in the production of features such as photoprotective pigments, bioluminescence, and chemical defense agents. The compounds produced by these microbes may have medicinal and biotechnological applications useful to humans in science, health, and industry. Palmerolide A is one of many examples yet to be discovered.

“Throughout the course of disentangling the many genomic fragments of the various species in the microbiome, we discovered that this novel microbe’s genome appears to harbor multiple copies of the genes responsible for palmerolide production,” said Patrick Chain, Ph.D., senior scientist and Laboratory Fellow with LANL. “However the role of each copy, and regulation, for example, are unknown. This suggests palmerolide is likely quite important to the bacterium or the host, though we have yet to understand its biological or ecological role within this Antarctic setting.”

“This is a beautiful example of how nature is the best chemist out there,” Murray added. “The fact that microbes can make these bioactive and sometimes toxic compounds that can help the hosts to facilitate their survival is exemplary of the evolutionary intricacies found between hosts and their microbial partners and the chemical handshakes that are going on under our feet on all corners of the planet.”

The full study, Discovery of an Antarctic ascidian-associated uncultivated Verrucomicrobia with antimelanoma palmerolide biosynthetic potential, is available from mSphere: https://doi.org/10.1128/msphere.00759-21

The Desert Research Institute (DRI) is a recognized world leader in basic and applied environmental research. Committed to scientific excellence and integrity, DRI faculty, students who work alongside them, and staff have developed scientific knowledge and innovative technologies in research projects around the globe. Since 1959, DRI’s research has advanced scientific knowledge on topics ranging from humans’ impact on the environment to the environment’s impact on humans. DRI’s impactful science and inspiring solutions support Nevada’s diverse economy, provide science-based educational opportunities, and inform policymakers, business leaders, and community members. With campuses in Las Vegas and Reno, DRI serves as the non-profit research arm of the Nevada System of Higher Education. For more information, please visit www.dri.edu.

About The University of South Florida

The University of South Florida is a high-impact global research university dedicated to student success. Over the past 10 years, no other public university in the country has risen faster in U.S. News and World Report’s national university rankings than USF. Serving more than 50,000 students on campuses in Tampa, St. Petersburg and Sarasota-Manatee, USF is designated as a Preeminent State Research University by the Florida Board of Governors, placing it in the most elite category among the state’s 12 public universities. USF has earned widespread national recognition for its success graduating under-represented minority and limited-income students at rates equal to or higher than white and higher income students. USF is a member of the American Athletic Conference. Learn more at www.usf.edu. 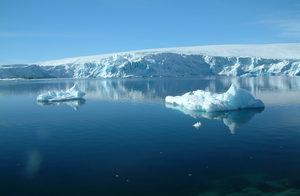 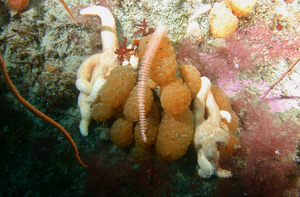 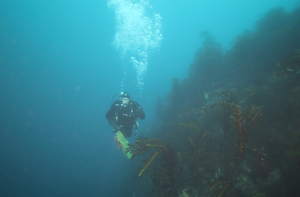