PITTSBURGH, Dec. 2, 2021 – A bacterium common in the mouse gut microbiome can charge up the immune system to fight cancer cells in the colon, researchers from the University of Pittsburgh School of Medicine report today in the journal Immunity.

“Altering the gut microbiome doesn’t have to rely on serendipity to get a therapeutic advantage,” said Timothy Hand, Ph.D., assistant professor of immunology at Pitt and corresponding author. “Instead of using fecal transplants and hoping to get the right microbial composition, we now are much better positioned to develop effective drugs designed based on molecules produced by beneficial bacteria.”

Colorectal cancer is a common and deadly disease that doesn’t readily respond to immunotherapies because of the tumor’s ability to modify its microenvironment and escape recognition by the immune system. To help these patients, oncologists have to rely on treatments that are more crude, such as surgery, chemotherapy and radiation therapy, all of which have a range of debilitating side effects. Finding a way to make non-responsive cancers sensitive to immune therapies could be game-changing.

Interestingly, some patients have better colorectal cancer treatment outcomes than others, and the gut microbiome might be key to solving the mystery.

To test whether anti-tumor immunity could be enhanced by modulating the composition of bacterial populations in the colon, Pitt researchers colonized the guts of mice with colon cancer with H. hepaticus—a bacterium that inhabits thick mucus in the gut lining and induces a strong immune response.

Addition of H. hepaticus significantly reduced the number and size of tumors and extended animals’ lifespans. Scientists observed increased infiltration of Helper T cells, B cells and natural killer (NK) cells to the tumor site and formation of highly organized structures that create a favorable environment for immune cell maturation and indicate cancer treatments are more likely to be successful.

The researchers did not detect increased activation of cytotoxic T cells, which frequently are targeted by immune therapies, suggesting that the strategy needs to be reconsidered for colorectal cancer to favor Helper T cells instead.

“Ignoring the influence of gut bacteria on the success of cancer therapies seems like a massive oversight,” said lead author Abigail Overacre-Delgoffe, Ph.D., a postdoctoral fellow in Pitt’s Department of Pediatrics and Damon Runyon Fellow. “We need to think about all the things that patients go through day to day that can cause treatments to succeed or fail. We can’t ignore the bacteria anymore—they influence everything.” 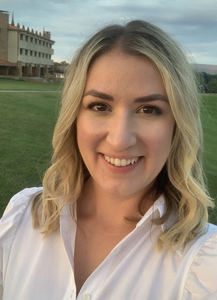 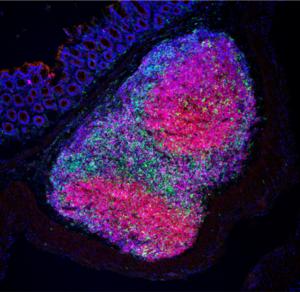