PITTSBURGH, Dec. 6, 2021 – In a new analysis published today in the December issue of Health Affairs, University of Pittsburgh Graduate School of Public Health scientists propose four solutions states could implement to improve Medicaid eligibility for seniors, particularly for Medicare enrollees who are non-white or report being in poor health. Additional costs to states could be offset by lower administrative burdens and potentially improved health of enrollees.

In most states, limits on the value of assets held by low-income seniors restrict eligibility for supplemental Medicaid coverage, and no adjustments for inflation have been made over three decades. This increasingly hampers the incentive for many vulnerable older people to maintain even modest savings, generally equivalent to a few months’ rent.

“The current asset limits create unintended consequences, such as discouraging savings, and may perpetuate disparities by favoring people who can better navigate complex public programs and financial decisions,” said senior author Lindsay Sabik, Ph.D., associate professor and vice chair for research in Pitt Public Health’s Department of Health Policy and Management. “This forces high-need and vulnerable people to choose between maintaining very modest savings while paying out of pocket for medical care or depleting their savings in order to qualify for Medicaid.”

About 8.7 million low-income elderly or disabled people enrolled in Medicare, which is administered by the federal government, are also enrolled in full-benefit Medicaid through the state in which they live, with Medicaid covering Medicare premiums, co-pays and other services, such as vision and dental.

Medicare recipients have to undergo an “asset test” to determine whether or not they can dual-enroll in Medicaid. In most states that test was set in 1989 at $2,000 in assets for a single enrollee and $3,000 for a couple. Determining assets can be burdensome, requiring state Medicaid administrators to account annually for all the investments, savings and property of each enrollee.

Because the test was created without factoring in inflation, someone with just $900 in savings who would have been eligible in 1989 is now ineligible with the equivalent inflation-adjusted savings of just over $2,000.

States could also consider eliminating the asset test entirely, which follows current policy in Arizona and is being adopted in California. This change would increase eligibility for full Medicaid by almost 31%.

“Which scenario is best depends on a state’s goals,” Cornelio said. “One state may wish to focus on more targeted increases in eligibility that include their minority populations and would pick the second or third options, while another could be eager to reduce administrative burdens and would pick an option similar to the fourth or eliminate the asset test altogether.”

While it may not be a current federal priority to fix the outdated Medicaid asset test nationwide, the team hopes their findings can inform future policies and help individual states craft policies that don’t penalize modest savings.

“Increasing the Medicaid asset limit will allow seniors to better prepare for unexpected or essential expenses, while qualifying for Medicaid coverage,” Cornelio said. “And that can increase access to care, improving health outcomes.”

Additional authors on this research are Eric Roberts, Ph.D., of Pitt; Melissa McInerney, Ph.D., of Tufts University; and Jennifer Mellor, Ph.D., of The College of William & Mary. 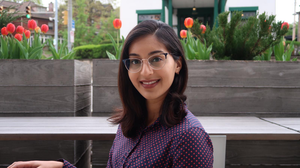