PITTSBURGH, Dec. 8, 2021 – Men who contracted HIV in the early days of the HIV/AIDS pandemic harbored a greater relative abundance of pro-inflammatory vs. anti-inflammatory gut microbes before they became HIV-positive compared to their counterparts who remained HIV-negative, according to new research published today in the journal Microbiome. In addition, the men who progressed to AIDS the quickest had the least favorable gut microbiome composition.

The study, which was conducted at the University of Pittsburgh and used patient samples preserved from the beginning of the HIV/AIDS pandemic in the early 1980s, is the first to link the composition of the gut microbiome before infection to HIV susceptibility and progression.

“There was something going on in the intestinal tract of these men before they acquired HIV that was different than the men who did not contract the virus,” said co-senior author Charles Rinaldo, Ph.D., professor of infectious diseases at Pitt. “Not only were they at greater risk of acquiring HIV, but once HIV-positive, they also were at greater risk of developing AIDS compared to people with a more normal microbiome. This discovery helps us understand what was underlying the susceptibility of men to HIV well before we had antiviral drugs to control the virus. It could also have implications for disease cure or even prevention.”

The scientists analyzed stool and blood samples donated starting in the spring of 1984 – months before HIV was found to be responsible for AIDS – by gay men enrolled in the National Institutes of Health (NIH)-funded Multicenter AIDS Cohort Study (MACS), which had four sites nationwide, including in Pittsburgh. At the time, AIDS was killing the participants’ friends, but scientists didn’t know why, so MACS collected stool samples from volunteers every six months to try to find a cause. Once HIV was discovered, they stopped collecting such samples, but instead of throwing away the ones they already had, the MACS team cryogenically froze and stored them in a biorepository.

“At that time, a new and growing body of research tied the microbiome to our immune response,” said Peddada, co-senior author and now chief of the Biostatistics and Bioinformatics Branch at the NIH’s Eunice Kennedy Shriver National Institute of Child Health and Human Development (NICHD). “It became apparent to both of us that MACS had, thankfully, preserved a treasure trove of specimens. Science had advanced to the point that we could now revisit this biorepository to find out what was happening in the microbiome and immune system of men before and after they got HIV.”

The researchers obtained preserved samples of blood and stool from 265 participants who did not have HIV when they enrolled in MACS. Of the participants, 109 contracted the virus in that first year; the rest did not.

Yue Chen, Ph.D., associate professor at Pitt Public Health and co-lead author, processed the 35-year-old stool samples with the help of Alison Morris, M.D., M.S., chair of pulmonary, allergy and critical care medicine at Pitt. The data were then analyzed by co-lead author Huang Lin, Ph.D., a fellow at the NICHD, who determined which families and species of microbes were inhabiting the participants’ intestines and how the abundances of these microbes differed among samples using novel statistical methods he developed as part of his Ph.D. dissertation work under Peddada’s supervision in Pitt Public Health’s Department of Biostatistics.

Participants who went on to contract HIV had a greater relative abundance of Prevotella stercorea, a bacterium that promotes inflammation, and lower levels of four Bacteroides species that are known to be involved in immune response.

The scientists believe that the gut microbiome was aggravating the immune response and promoting inflammation, making the men with unfavorable microbiome profiles more susceptible to contracting HIV and less able to prevent the disease from progressing to full-blown AIDS in a time before antiretroviral therapy existed.

“This kind of study hasn’t been done before with HIV – as far as our team is aware,” Rinaldo said. “If the gut microbiome influences a person’s susceptibility to HIV in this way, it could be doing the same for other pathogens, such as COVID-19.”

More research is needed before the findings can be used to craft specific guidance for people looking to improve their microbiome to prevent HIV acquisition, the scientists noted.

“But we know that, in general, a diet rich in fruits, vegetables and fiber typically results in a healthier gut microbiome,” Pedadda said. “I would tell anyone looking to improve their health to consider improving their diet.”

What can 35-year-old stool samples tell scientists about HIV/AIDS? 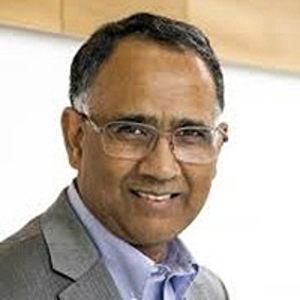 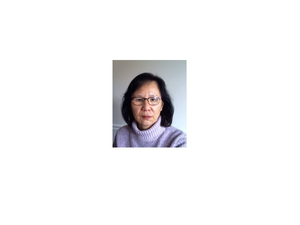