An international study led by the Institute of Environmental Science and Technology of the Universitat Autònoma de Barcelona (ICTA-UAB) and the Department of Animal Health and Anatomy of the UAB shows that knowledge of Amazonian inhabitants can be a game changer in the rush for assessing animal population trends in a context of urgent need for conservation strategies and limited financial resources.

The study, recently published in the scientific journal Methods in Ecology and Evolution, involves researchers from Spain, Brazil, Peru, the USA and the UK.

The Amazon rainforest is home to 390 billion trees and houses one of the world’s largest biodiversity regions in the planet’s main river basin. However, deforestation in the Amazon is continually increasing, resulting in an unprecedent loss of biodiversity. Considering the current rates of deforestation, 27% of the Amazon will be lost by the year 2030. The impact of different human activities on its wildlife can only be measured by accurate and up-to-date estimates of the abundance of animal populations. The higher the speed of acquiring high-quality information on population trends, the more effective can be management and conservation actions.

However, surveying wildlife abundance remains challenging. Scientific studies have traditionally used methods that consist of repeatedly walking on transects throughout the forest to count the sighted animals, but these methods require high logistics and financial resources, especially for long-term studies carried out in areas of difficult access, which are those that tend to have the greatest biological value.

Methods based on local ecological knowledge (LEK) have just recently started being considered as a potential method in the scientific community for wildlife abundance estimates. LEK is defined as the knowledge, practices and beliefs that are obtained through personal empirical observation by local peoples and their interaction with local ecosystems. However, the hindrance of using LEK methods is the claimed subjectivity of their empirical observations, and the absence of its validation as a scientific, standardized and accurate method.

In this ground-breaking study, researchers compared the abundance ​​of 91 wild species (among mammals, birds and tortoises) obtained after sampling over 7 thousand kilometres of line transects and performing 291 interviews on the LEK of local people in 17 areas across the Amazon. The results showed a high similarity in abundance estimated between the two methods, which indicated the local knowledge as reliable as the standard scientific methods currently in use. In addition, the researchers found that LEK is far more powerful than the conventional line transects when it comes to some species that are rarely observed on transects, such as nocturnal, cryptic, less abundant or hunted species.

Franciany Braga-Pereira, researcher from the ICTA-UAB and the Universidade Federal de Paraíba (UFPB) and lead author of the study, comments that “the perception of local people is multisensory, involving hearing, smelling and observing indirect visual signs, such as footprints and scratches, which increase the ability of local people to detect the presence and estimate the abundance of an animal. In addition, different from surveys on conventional line transects, LEK's effort involves different scales since local people have contact with the forest when carrying out their usual activities, such as hunting, fishing, agriculture and harvesting of timber and non-timber products, at all times of the day and year, and throughout the territory where they live.”

Prof Pedro Mayor, researcher from the Department of Animal Health and Anatomy of the UAB and senior author of the study, says that “in terms of effort, LEK implies a high number of hours dedicated to observing animals in the forest, widely distributed over time during their daily activities. Conversely, the linear transects presuppose a considerably less but very intense effort since they are usually concentrated in two or three weeks of work. Local people visit the forest both at night and during the day, while the linear transects are usually carried out only during the day. This difference explains why conventional monitoring through linear transects cannot provide information on all species, especially those that are secretive and have nocturnal habits, as found in our study".

Authors highlight that incorporating LEK into community-based wildlife monitoring projects (in which locals participate in both recording and interpreting their data) could significantly improve the quality of science and contribute to the sustainability of the world's tropical forests. “Ecological knowledge of local populations is more accurate than 10 years of conventional scientific monitoring for animal abundance in the Amazon”, states Franciany Braga-Pereira.

Furthermore, this method empowers local communities, who are fundamental stakeholders entitled to managing their natural resources, and developing legitimate, fair and successful conservation initiatives. Finally, the knowledge that emerges from local communities is autonomous and depends solely on their will, in such a way that it could be carried out even with financial constraints or the suspension of external research as a result of national or international crises. “A great example was the restriction in movement during the recent COVID-19 pandemic, in which many protected areas worldwide remained closed to external researchers for a long period, and the only possible fauna monitoring was that carried out independently by the locals living there”, concludes Franciany Braga-Pereira. 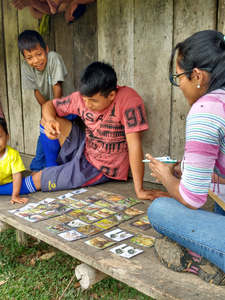 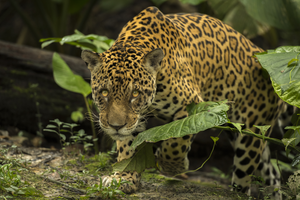 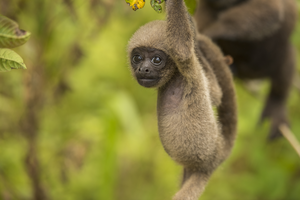