Somewhere along the long and winding road of evolution, our ancestors lost the ability to produce a small but mighty group of molecules called theta-defensins that help fight bacterial infections.

More than seven million years later, researchers at the Keck School of Medicine of USC are creating new-and-improved versions of these molecules as a potential way to treat antibiotic resistant ‘superbugs.’

The research, just published in Scientific Reports, was led by Justin Schaal, PhD, an assistant professor of research pathology at the Keck School of Medicine. The paper describes the development of a new, bio-inspired molecule that is highly effective in clearing bacterial infections in an animal model. Importantly, the molecule does not act as an antibiotic, but rather as an immune stimulant, representing a new way to treat life-threatening antibiotic resistant infections.

The need for alternatives to antibiotics

Since their introduction more than 70 years ago, antibiotics have been the standard of care for bacterial infections. Despite dozens of varieties, almost all work by killing bacteria directly or by blocking their ability to proliferate.

“This is the root cause of antibiotic resistance,” Schaal said. “Bacteria have an immense ability to evolve rapidly, which gives them power to overcome direct-acting antibiotic molecules.”

Over the past two decades, an increasing number of bacteria have become resistant to all but the most powerful antibiotics. Several groups of such superbugs exist, including Carbapenem-resistant Enterobacteriaceae (CRE). CRE, which include certain strains of E. coliand Klebsiella pneumoniae, are resistant to the class of antibiotics known as carbapenems—a last resort option for many patients with persistent infections. According to the Centers for Disease Control and Prevention, in the U.S. alone, CRE superbugs represent an increasing fraction of the more than 140,000 deadly or life-threatening infections caused by species of Enterobacteriaceae.

To address this urgent threat to human health, the National Institutes of Health (NIH) challenged researchers to find new strategies to combat antibiotic resistant bacteria. Building on pioneering research on theta-defensins led by Michael Selsted, MD, PhD, chair and professor of pathology, Schaal and his colleagues got to work.

Using as inspiration RTD-1, a naturally occurring theta-defensin found in old-world monkeys such as baboons and rhesus monkeys, the researchers bioengineered similar molecules and screened them for their ability to fight Klebsiella infections in a mouse model. The most potent peptide they created, a highly stable cyclic peptide called MTD12813, is 10 times more efficient than RTD-1 in clearing infections.

While more work is needed to determine exactly how MTD12813 works, the researchers know it activates the immune system—specifically cells called macrophages and neutrophils that engulf and destroy pathogens. The peptide also modulates the immune response, reducing poorly regulated inflammation that often occurs when the body fights a bacterial infection.

“We call this peptide a host-directed anti-infective because rather than kill the bacteria directly like traditional antibiotics, it stimulates the host—us—to fight the infection,” Schaal said.

Through a licensing agreement with USC, the technology will now be developed further in partnership with Oryn Therapeutics.

“Based on this and related research conducted at USC, Oryn is developing a novel class of macrocyclic peptides as therapeutics for unmet needs in autoimmune and inflammatory diseases, infectious diseases, and cancer. We are quite optimistic about the prospects for turning the important scientific advances reported in this publication into successful treatments for increasingly dangerous bacterial infections,” said Robert Erwin, Oryn’s Chief Executive Officer.

Selsted said the timing for the development of this technology is right, given current concerns that the next pandemic may be bacterial in nature.

“This new discovery of how to stimulate host clearance of bacteria is really timely,” he said.

Founded in 1885, the Keck School of Medicine of USC is one of the nation’s leading medical institutions, known for innovative patient care, scientific discovery, education and community service. Medical and graduate students work closely with world-renowned faculty and receive hands-on training in one of the nation’s most diverse communities. They participate in cutting-edge research as they develop into tomorrow’s health leaders. With 1200 resident physicians across 70 specialty and subspecialty programs, the Keck School is the largest educator of physicians practicing in Southern California. 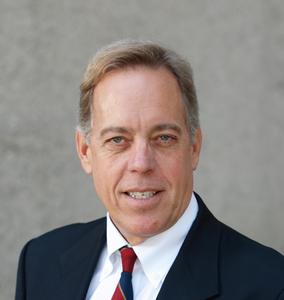