A large earthquake off the coast of south-central Chile in 1737 may have caused a substantial tsunami that was absent from historical records, according to new research published in the Nature journal, Communications Earth & Environment today (Thursday 9 December).

Historical records are used to predict how often tsunamis are likely to occur in a region in the future. Until now, it was previously believed that tsunami-causing earthquakes had occurred in this area of Chile three times since the 1570s, including after the magnitude 9.5 earthquake of 1960.

However, this discovery of an unrecorded tsunami means that tsunamis may have struck the Chilean coast more frequently than previously believed.

This means the average time between historical tsunami occurrences could be significantly reduced, to an average of 130 years.

Researchers from the universities of Northumbria and York in the UK worked to investigate sediments within tidal marshes at Chaihuín, near Valdivia, close to the area where the 1737 earthquake struck.

Analysis of 130 sediment cores revealed evidence of widespread sandy layers, dating to the same time as the earthquake, that closely resemble deposits made by tsunami waves in other areas.

The researchers also found a mixture of marine and freshwater algae species and evidence of land subsidence, meaning they were able to rule out storms, river flooding or a distantly generated tsunami as the cause of the sand deposits.

Their findings show that the 1737 earthquake ruptured mainly offshore, at fault depths much shallower than previously indicated in historical records.

The researchers therefore suggest that geological and historical records should be considered in tandem when predicting future tsunami risk, adding that historical records alone may not provide a complete documentation of their occurrence and characteristics.

Lead researcher, Dr Emma Hocking, from Northumbria University’s Department of Geography and Environmental Sciences said: “Tsunami hazard assessment is often based on historic records of flooding along particular coastlines, with the frequency of past tsunami occurrence used to predict the potential future risk.

“However, such records are sometimes incomplete because reporting of tsunamis can be greatly affected by societal unrest or other crises. In this case, it is believed that the lack of chronicles of a tsunami could be attributed to uprisings that had driven settlers from most of the colonial outposts in the area.

“There are records of an earthquake in the area in 1737, but there is nothing in these records to indicate it generated a tsunami. However, we have found evidence to suggest that the earthquake did, in fact, cause a tsunami.

“The implication of this is that tsunamis have occurred more often than we previously believed, and we therefore suggest that the use of historic records alone may give miscalculations. Geological evidence is essential for verifying and supplementing historical records to obtain robust long-term patterns to inform seismic and tsunami hazard assessment.”

Ed Garrett, leader of the Creating a Climate Resilient World Research Group in the Department of Environment and Geography at the University of York, added: “Extensive fieldwork over several seasons allowed us to map out the tsunami deposit in great detail.

“We think the combination of this comprehensive field data with numerical models of the earthquake and tsunami makes this study really notable.” 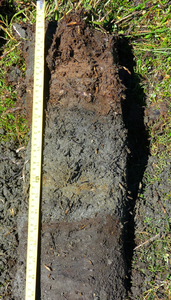 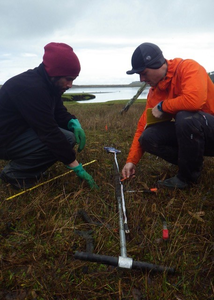 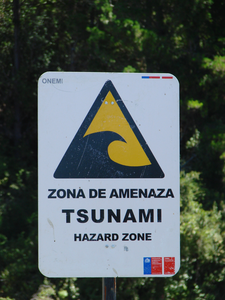