“It sounds almost cliché, but that’s the reality – it was extremely difficult to choose this year’s winners, because all five finalists presented truly amazing projects,” says competition co-organizer Prof. Pavel Jungwirth of the Institute of Organic Chemistry and Biochemistry of the Czech Academy of Sciences (IOCB Prague). “But we had to make a decision, so after lengthy discussion, the panel selected a project about an innovative treatment for acute oxygen deprivation (hypoxia) using zeolite-based nanoabsorbents, which was presented by Jarad Mason of Harvard. Congratulations to all, particularly to Jarad,” he adds.

The founder of the competition, Prof. Robert Hołyst of the Institute of Physical Chemistry of the Polish Academy of Sciences (IPC PAS), explains the idea behind it: “The Dream Chemistry Award competition was established in 2013, and from the very start, we knew it was a good move. We all dream, and persistent dreamers change the world. Over the last eight years, we’ve witnessed the need for scientific proposals devoid of bureaucratic restrictions imposed by grant systems. After all, every tremendous scientific achievement starts with a dream and a free imagination. We offer this to all young scientists in the Dream Chemistry Award competition.”

Only scientists who have been nominated by senior colleagues and respected experts in their field can compete. Nominees must have a PhD awarded no more than eight years prior and must not be employed by IPC PAS or IOCB Prague. Eligible candidates are then invited to submit their application.

“The applicants are from all over the world. They want to solve problems that touch upon energy storage and production, mysteries of life, sustainable growth in terms of materials usage, and environmental protection. Some aim to introduce technologies that could make the third world a better place to live. In writing their proposals, they further develop their dream ideas. We hope the competition strengthens their will to pursue their scientific dreams for a better world one day,” adds Hołyst.

The 2021 Dream Chemistry Award goes to:

The recipients of the Top 5 Prize are (in the alphabetical order):

The Dream Chemistry Award was established in 2013 by the Institute of Physical Chemistry of the Polish Academy of Sciences (IPC PAS) with the aim of supporting young talents in pursuing their scientific dreams. Since 2017, the contest has been co-organized by the Institute of Organic Chemistry and Biochemistry of the Czech Academy of Sciences (IOCB Prague), with the final alternating between Prague and Warsaw.

IOCB Prague is a leading internationally recognized scientific institution in the Czech Republic. Its primary mission is basic research in the fields of chemical biology and medicinal chemistry, organic and material-oriented chemistry, the chemistry of natural compounds, biochemistry and molecular biology, physical chemistry, theoretical chemistry, and analytical chemistry. The institute has extensive expertise in medicinal chemistry and drug development underpinned by a long tradition of collaboration with the pharma industry. Antivirals discovered at the institute by Antonín Holý and further developed by Gilead Sciences revolutionized the treatment of AIDS and hepatitis B and have significantly improved the lives of millions of people around the globe.

The institute’s scientific profile is closely tied to the latest global trends in the development of physical chemistry and chemical physics. Scientific research is conducted across 30 research groups, including a bioimaging group, led by ERA chair Prof. Maciej Wojtkowski, and a microfluidics group, led by ERC Starting Grant holder Prof. Piotr Garstecki, together with groups specializing in catalysis, surface science, soft and living matter, biological chemistry, electrochemistry, molecular recognition, sensors, and biosensors. Operating as part of the institute, CHEMIPAN R&D Laboratories implement, produce, and commercialize specialist chemicals for use in the agriculture and pharmaceutical industries. 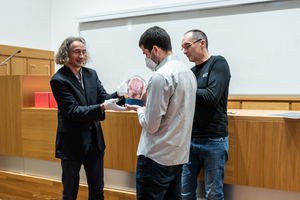 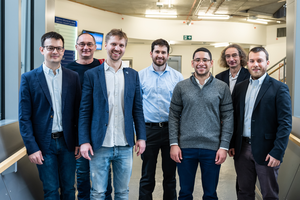 Finalists and main organizers of the 2021 Dream Chemistry Award 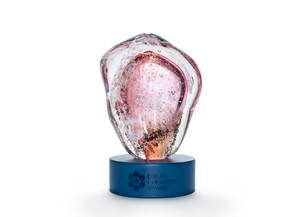