Can you imagine sound travels in the same way as light does? A research team at City University of Hong Kong (CityU) discovered a new type of sound wave: the airborne sound wave vibrates transversely and carries both spin and orbital angular momentum like light does. The findings shattered scientists' previous beliefs about the sound wave, opening an avenue to the development of novel applications in acoustic communications, acoustic sensing and imaging.

The research was initiated and co-led by Dr Wang Shubo, Assistant Professor in the Department of Physics at CityU, and conducted in collaboration with scientists from Hong Kong Baptist University (HKBU) and the Hong Kong University of Science and Technology (HKUST). It was published in Nature Communications, titled "Spin-orbit interactions of transverse sound".

Beyond the conventional understanding of sound wave

The physics textbooks tell us there are two kinds of waves. In transverse waves like light, the vibrations are perpendicular to the direction of wave propagation. In longitudinal waves like sound, the vibrations are parallel to the direction of wave propagation. But the latest discovery by scientists from CityU changes this understanding of sound waves.

"If you speak to a physicist about airborne transverse sound, s/he would think you are a layman without training in university physics because textbooks say that airborne sound (i.e., sound propagating in the air) is a longitudinal wave," said Dr Wang. "While the airborne sound is a longitudinal wave in usual cases, we demonstrated for the first time that it can be a transverse wave under certain conditions. And we investigated its spin-orbit interactions (an important property only exists in transverse waves), i.e. the coupling between two types of angular momentum. The finding provides new degrees of freedom for sound manipulations."

The absence of shear force in the air, or fluids, is the reason why sound is a longitudinal wave, Dr Wang explained. He had been exploring if it is possible to realise transverse sound, which requires shear force. Then he conceived the idea that synthetic shear force may arise if the air is discretised into "meta-atoms", i.e. volumetric air confined in small resonators with size much smaller than the wavelength. The collective motion of these air "meta-atoms" can give rise to a transverse sound on the macroscopic scale.

Conception and realisation of "micropolar metamaterial"

He ingeniously designed a type of artificial material called "micropolar metamaterial" to implement this idea, which appears like a complex network of resonators. Air is confined inside these mutually connected resonators, forming the "meta-atoms". The metamaterial is hard enough so that only the air inside can vibrate and support sound propagation. The theoretical calculations showed that the collective motion of these air "meta-atoms" indeed produces the shear force, which gives rise to the transverse sound with spin-orbit interactions inside this metamaterial. This theory was verified by experiments conducted by Dr Ma Guancong's group in HKBU.

The findings demonstrated that airborne sound, or sound in fluids, can be a transverse wave and carry full vector properties such as spin angular momentum the same as light does. It provides new perspectives and functionalities for sound manipulations beyond the conventional scalar degree of freedom.

"This is just a precursor. We anticipate more explorations of the intriguing properties of the transverse sound," Dr Wang said. "In future, by manipulating these extra vector properties, scientists may be able to encode more data into the transverse sound to break the bottleneck of traditional acoustic communication by normal sound waves."

The interaction of spin with orbital angular momentum enables unprecedented sound manipulations via its angular momentum. "The discovery may open an avenue to the development of novel applications in acoustic communications, acoustic sensing and imaging," he added.

Dr Wang is the first author and the corresponding author of the paper. Dr Ma is another corresponding author. Collaborators include Professor Li Jensen from The Hong Kong University of Science and Technology, Ms Tong Qing, a PhD student from CityU, and other researchers from HKBU.

The work was supported by the Research Grants Council in Hong Kong and the National Natural Science Foundation of China. 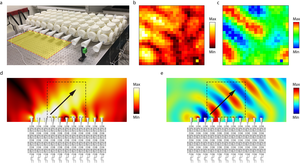 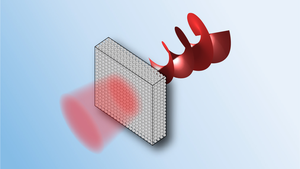 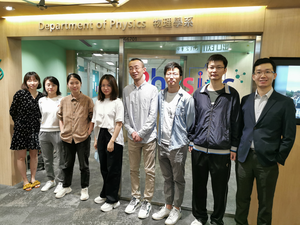