A new study from the University of Sheffield has calculated the long term economic impact of Covid-19 on city centres, and found that as the shift towards working from home moves businesses to suburban areas, city centres stand to lose £3 billion in 2022.

Dr Jesse Matheson, from the University of Sheffield’s Department of Economics, worked with researchers from the universities of Nottingham and Birmingham to compare how often people will be working from home in the next year compared to before the pandemic, and what effect that will have on the revenue generated by city centres.

He discovered that on average, people will be working roughly one day a week more at home than they were before the pandemic, which could have huge long term consequences for the hospitality and retail industries, which have already faced a tumultuous 18 months.

It is expected that the extra day of working from home will be a permanent shift as a result of the pandemic, which has seen everyone’s lives change dramatically since the first lockdown in March 2021.

As people spend more time in suburban areas as a result of working from home, they will not be providing the economic benefits to city centres that office workers previously would, such as going to coffee shops, buying lunch, or going shopping after work. These shifts could see roughly 77,000 people who work in the hospitality and retail industries be forced to either relocate to jobs in suburbs or lose their jobs completely.

Not only could these changes lead to tens of thousands of low income workers losing their jobs, but it could make inequalities between rich and poor areas even worse - the study found that, as people who are more affluent are more likely to be able to work from home, the money being lost by city centre shops is more likely to be recuperated in higher income suburbs.

Dr Jesse Matheson, lead author of the paper from the University of Sheffield’s Department of Economics, said: “We estimate that about £3 billion in annual spending will leave city centers as a result of working from home. This decrease will be concentrated in a few very dense centres; for example, the City of London will experience a spending decrease of 31.6 per cent, and central Birmingham will experience a decrease of 8 per cent. Some of this spending will be realised in the residential areas where these workers live, but some may be lost altogether. As suburban neighbourhoods lack the density of city centres, many retail and hospitality businesses will find it is not profitable to relocate.

“Workers in retail and hospitality may also find that demand has shifted to locations to which commuting is too difficult, which means that supply may not be able to keep up with demand.”

As a result of this shift to working from home - or the effect of ‘zoomshock’ as Dr Matheson coined the phenomena - the report argues that city centres may have to transform themselves in order to stay relevant, by becoming more residential instead of retail focused. The research follows a previous study by Dr Matheson which found that how quickly households or businesses recover from the economic impact of Covid-19 depends on where you live and what you do, as wealthier areas will be quicker to recover.

Dr Matheson says there is work to do in finding out if all of the lost £3 billion will be spent elsewhere or lost altogether. He said: “This money may be recuperated in the higher income suburbs, but in a lot of places working from home means people are more spread out, which isn’t good business for retail business like coffee shops, who require high density areas for business. So there is a risk this revenue could be lost from the hospitality and retail sectors forever.”

With almost 29,000 of the brightest students from over 140 countries, learning alongside over 1,200 of the best academics from across the globe, the University of Sheffield is one of the world’s leading universities.

A member of the UK’s prestigious Russell Group of leading research-led institutions, Sheffield offers world-class teaching and research excellence across a wide range of disciplines.

​​Sheffield has six Nobel Prize winners among former staff and students and its alumni go on to hold positions of great responsibility and influence all over the world, making significant contributions in their chosen fields.

Global research partners and clients include Boeing, Rolls-Royce, Unilever, AstraZeneca, GlaxoSmithKline, Siemens and Airbus, as well as many UK and overseas government agencies and charitable foundations. 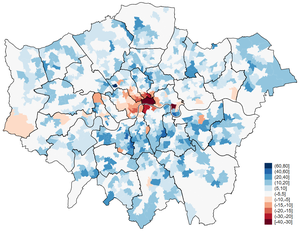