In a new paper published in eLight today, a team of scientists, led by Dr. Moritz Kreysing from MPI-CBG, Dresden, Germany, has developed an entirely new approach to trapping micron-sized particles. The paper, titled "Highly sensitive force measurements in an optically generated, harmonic hydrodynamic trap," focused on measuring and detecting forces. Their research has detected forces about one billion times smaller than a butterfly's wing flap.

Dr. Moritz Kreysing said, "We had previously used light-induced flows to move the interior of biological cells and to position particles with nanometer-scale precision. While doing so, an easy task has always been to reduce the speed of these flows. It quickly seemed obvious that particles exposed to these optically generated, very gentle flows would be subjected to arbitrarily small forces. When we followed up on this idea, we found that the forces acting on a particle were indeed incredibly small. They would have been suitable to precisely counteract other forces acting on that particle."

Researchers' precise implementation uses a feedback loop to continuously correct the displacement of a particle from a set-point that the authors refer to as 'stagnation point.' Most importantly, the position of their trapped particle can inform about tiny forces that this particle experiences at any given time.

It is in contrast to optical tweezers. There are no restrictions on the material making up the particle. At no time is the particle directly exposed to the laser, whose motion generates the flows. The reported method and technique will likely open new avenues for the non-invasive and contact-free exploration of the interdependence between active processes occurring in living systems.

The unique approach is centered on the use of two thermally induced flows that run in opposite directions. There is a small gap between each flow and the trapped object. While this may seem unstable, some clever software written by the Kreysing Lab allows for incredibly rapid reorientation of the flows. These millisecond changes account for the direction of particle displacement relative to the trap, preventing the particle from escaping.

It is critical to note that the authors have found that this type of trapping is extremely gentle and sensitive. They could detect femtoNewton-range (10-15 N) forces, very close to the thermal limit. It was explicitly demonstrated by exerting minute forces acting on magnetic beads. They also added, "Our force measurements remove the need for laser-particle contact."

The authors state that they expect "this novel approach to be highly relevant to address rising concerns regarding non-physiological effects of highly focused radiation on living systems." They argue that their method opens entirely new opportunities for force measurements in the life sciences and beyond. 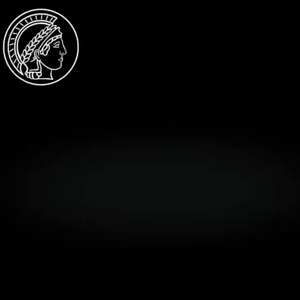