Elemental and lead isotope analyses of ancient copper ingots are unlocking secrets of Early Iron Age trade routes and how indigenous Mediterranean communities functioned from about 2,600 years ago.

For the first time, a scientific team led by Flinders University archaeologists, working with the Institute of History (CSIC) in Spain, has examined the origins of Iron Age metal items from an archaeological site in southwest France and found they were sourced from a variety of Mediterranean locations.

The underwater site of Rochelongue, believed to be four small boats located west of Cap d'Agde in southwestern France and discovered in 1964, dates to about 600 BCE and its cargo included 800kg of copper ingots and about 1,700 bronze artefacts. They contain very pure copper with traces of lead, antimony, nickel and silver.

Flinders University maritime archaeology researcher Dr Enrique Aragón Nunez says the isotope analysis shows the composition of different ingots in the cache is consistent with Iberian and also eastern Alpine metalliferous sources, and possibly some Mediterranean sources – illustrating that water trade and movement was active in this period between Atlantic, Continental and Mediterranean circuits.

This now provides a key to investigate the coastal mobility and cultural interactions between the Languedoc area in France and the broader Western Mediterranean basin in 600 BCE – before permanent Greek settlement occurred in this region.

Trade for metals, especially with seafaring people from the Levant, Aegean and Greek mainland, influenced these indigenous communities with the introduction of their foreign cultural goods and practices.

While the various sizes, shapes and composition of the various ingots found at Rochelongue show they originated from diverse geographical sources, the elemental and lead isotope analyses provide a much more comprehensive knowledge, showing that a broad and diverse exchange network existed in this period for metals that includes continental and maritime routes.

“These metallic objects are important diagnostically, because they lend themselves to source tracing of geological components, and technological studies of their processing and manufacture,” says Flinders University Maritime Archaeology Associate Professor Wendy van Duivenvoorde.

“The copper ingots were made of unalloyed copper with low levels of impurities – and more than half can be linked to the Iberian Peninsula. This points to the circulation of metal through the wider Mediterranean region, but also to local and western alpine mining and manufacture, and possibly north-western Sardinia.

“Therefore, the Rochelongue items speak of indigenous agency rather than maritime intervention.”

All mass spectrometry work on the copper ingots was performed at SGlker Lab from University of the Basque Country (UPV) Bilbao, Spain. 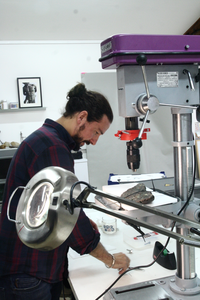 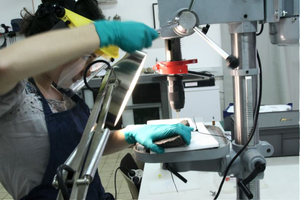 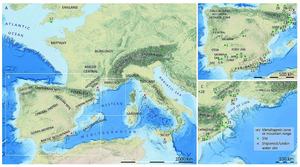