Drought and high temperatures often cause significant yield losses in valuable food crops. As climate change increases the frequency of weather extremes, interest has been growing in bioengineering crop plants with the same drought-tolerance mechanisms present in plant species from very hot areas. But is it really possible to achieve this? Understanding the evolution of plants’ abilities to survive these extremes is part of a new study by Klaus Winter, senior staff scientist at Smithsonian Tropical Research Institute, and J. Andrew C. Smith at the University of Oxford. Their findings indicate that bioengineering drought-resistant plants may not be as easy as some scientists have proposed.

Plants acquire their energy through photosynthesis, the process by which sunlight, carbon dioxide and water are harvested and transformed into sugars and other organic compounds. Yet not all plants do this in exactly the same way. Many species from hot semi-arid areas have evolved a form of photosynthesis called crassulacean acid metabolism (CAM), commonly found in succulent plants. This enables them to take up carbon dioxide from the atmosphere in the dark, rather than during the hotter daylight hours, which greatly reduces evaporative water loss through the stomatal pores on their leaf and stem surfaces.

Because light energy is not available at night, the carbon dioxide absorbed is temporarily stored in the plant as organic acid and is then transformed back into carbon dioxide during the following day, when photosynthesis can proceed. A central question for Winter and Smith, however, was whether regular plants could easily integrate this adaptation into their photosynthetic metabolism. Some scientists have proposed that, since the ability to accumulate organic acids is widespread in the plant kingdom, there may be no general barriers to the bioengineering of CAM photosynthesis.

In their new analysis, Winter and Smith conclude that organic-acid metabolism in CAM plants differs from normal plants in two crucial respects. One is that the fixation of carbon dioxide at night in CAM plants is always associated with the accumulation of malic acid, whereas this particular organic acid only accumulates in normal plants during the daytime. Secondly, in an experiment conducted on 70 different species from 40 plant families growing in Panama, the authors tested the extent of acidity changes in the plants’ tissues during the day–night cycle. As expected, tissue acidity increased substantially during the night in all the CAM plants examined, but no day–night changes in acidity whatsoever were observed in regular plants, again implying distinctive differences in metabolism within their tissues.

In other words, the adaptation of CAM plants to capturing carbon dioxide at night seems to involve a fundamental reprogramming of organic-acid metabolism, linked to their special mode of photosynthesis. Whether or not this is a simple adjustment that can be made by regular plants is not yet known. But the findings suggest that success in bioengineering the CAM trait will depend on a detailed understanding of the regulation of day–night acid metabolism in photosynthetic cells, which will need to be the focus of further research.

Ultimately, the ability of plants to assimilate carbon dioxide more efficiently, and to do so with reduced loss of water, could be very important for the survival of species in parts of the tropics where climate change will lead to reduced rainfall. The results of this study should help in directing future efforts aimed at the bioengineering of the CAM trait for the enhancement of crop plants’ productivity and stress tolerance.

Engineering drought-resistant plants may be more difficult than it seems 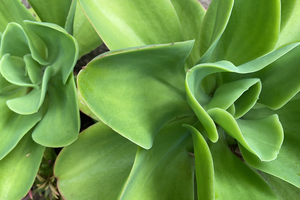 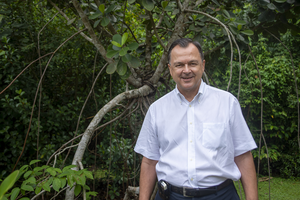