TOKYO—Toshiba Corporation (TOKYO: 6502) today announced that it has successfully raised the power conversion efficiency (PCE) of its transparent Cu2O solar cell to 8.4%, the world’s highest level for a reported Cu2O solar cell*1. With the cell positioned as the top cell over a 25% PCE silicon cell (Cu2O-Si tandem cell), Toshiba estimates that an overall PCE of 27.4% can be achieved, notably above the 26.7% highest PCE reported for any standard silicon cell*2.

Under the test criteria defined by Japan’s New Energy and Industry Technology Development Organization (NEDO), Toshiba estimates that the Cu2O-Si tandem cell will carry an EV 35km without any need of recharging. Looking ahead, Toshiba expects the new cell to boost development of EVs with no need for plug-in charging, and to advance other mobility applications, such as the High Altitude Platform Station (HAPS), the telecom platform in the stratosphere.

The tandem solar cell offers the promise of more efficient solar modules by combining top and bottom cells that generate power at different wavelengths (Figure 3). Tandem cells that achieve an overall efficiency close to 30% have been reported, far higher than any conventional crystalline silicon cell, but they are fabricated with III-V materials*3, such as gallium arsenide, and their very high production costs─several hundred to several thousand times higher than for crystalline silicon solar cells─severely restrict application.

Toshiba has focused its R&D on transparent Cu2O cells. They are formed from naturally abundant materials, which lowers costs, and offer light transmittance that opens the way to excellent power generation efficiency. Toshiba developed the first transparent Cu2O solar cell in 2019, and demonstrated a Cu2O-Si tandem cell delivering 23.8% PCE in the same year, a time when the typical PCE of stand-alone silicon solar cells was 22%.

The company’s latest advance in PCE is the result of precise control of CuO and Cu impurities during the fabrication of the cell’s Cu2O layer. These impurities are generated in the current reactive sputtering deposition method*4 due to the nature of the Cu2O, and they are the major cause of diminished PCE and transparency.

Commenting on the breakthrough, Kazushige Yamamoto, Fellow at Toshiba’s Corporate Research & Development Center, said: “X-ray diffraction analysis allows us to detect and quantify the degree of the CuO and Cu, giving us data that helps us to identify the best deposition method to control the impurities to the lowest level. Our targets are 10% PCE for the top Cu2O cell, and 80% of transmittance. This breakthrough brings us a step closer to those goals (Figure 4).”

Details on this technology were recently published in Applied Physics Letters*5.

With support from NEDO, Toshiba will continue research to achieve the 10% PCE target for top Cu2O cells. Toshiba is also cooperating with Toshiba Energy Systems & Solutions Corporation in the development of large-scale Cu2O solar cells that are the same size as mass-produced silicon solar cells. The two companies aim to supply samples for external evaluations by FY2023, with a roadmap to completing manufacturing technologies for commercial products by FY2025.

*4: A method to expose the copper plate to plasma while oxygen flows into the vacuum chamber of the film forming apparatus, causing the copper to react with the oxygen atoms to form the Cu2O layer.

Toshiba leads a global group of companies that combines knowledge and capabilities from over 140 years of experience in a wide range of businesses—from energy and social infrastructure to electronic devices—with world-class capabilities in information processing, digital and AI technologies. These distinctive strengths support Toshiba’s continued evolution toward becoming an Infrastructure Services Company that promotes data utilization and digitization, and one of the world’s leading cyber-physical-systems technology companies. Guided by the Basic Commitment of the Toshiba Group, “Committed to People, Committed to the Future,” Toshiba contributes to society’s positive development with services and solutions that lead to a better world. The Group and its 120,000 employees worldwide secured annual sales surpassing 3.1 trillion yen (US$27.5 billion) in fiscal year 2020. Find out more about Toshiba at www.global.toshiba/ww/outline/corporate.html 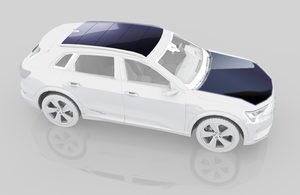 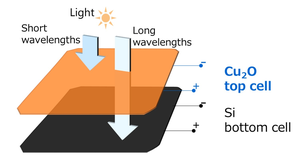