Jenny McGuire plans to use the late Cenozoic fossil record in Africa — a span of 7.5 million years — to study the long-term relationships between animals, their traits, and how they respond to changes in their environments. The goal is to use the data to forecast future changes and help inform conservation biology decisions for the continent.

McGuire, an assistant professor with joint appointments in the School of Earth and Atmospheric Sciences and School of Biological Sciences at Georgia Tech, and her Spatial Ecology & Paleontology Lab are teaming up with an international cohort of researchers for the effort, which includes scientists from Texas A&M University, University of Cambridge, and the National Museums of Kenya. The work is jointly funded by the National Science Foundation (US NSF) and the National Environment Research Council (NERC), part of UK Research & Innovation (UKRI), a new body which works in partnership with universities, research organizations, businesses, charities and government “to create the best possible environment for research and innovation to flourish.”

McGuire says the team hopes to learn more about which functional traits vertebrates (animals with backbones) have that closely relate to shifting factors at a given location like temperature, rain and other precipitation, and their natural environment — and how those changes have occurred as environments and humans evolved.

“Community-level trait calculations correlate with specific environmental conditions,” McGuire says. “For example, in places or times when there is less precipitation, mammal communities overall will have more robust, rugged, resistant teeth. And the ankle gear ratios of mammals living in open versus more enclosed habitats reflect this condition, since animals living in more open habitats typically need to run faster.”

McGuire says Africa offers a crucial natural laboratory for these types of conservation paleobiological studies, noting a rich, well-sampled fossil record. The continent is also home to a diverse range of vertebrate ecosystems, including the most complete natural community of remaining terrestrial megafauna: large animals that include the “big five” of Africa — elephants, giraffes, hippopotamuses, rhinoceroses, and large bovines like wildebeests, antelopes, and water buffaloes.

“Critically, these megafauna are facing increasing pressures from global economic demands leading to habitat loss, as well as from changing climates,” McGuire shares.

Responding to changing climates and environments

Related research into how communities have evolved over time, and how they’ve been impacted by terrain, animal migration, and climate change, has taken McGuire to Wyoming’s Natural Trap Cave for five of the past seven summers. There, the so-called “pit” or sinkhole cave trapped animals for millennia, leaving only their bones and other fossils remaining to tell their stories to McGuire and fellow researchers about life there more than 35,000 years ago.

“What we’re really looking at is how communities shift across the landscape,” McGuire shared in an earlier interview about the work. “So, if we have glaciers that are coming really far south in North America, how does that drive the distributions of species on the landscape and where they’re living, and whether or not there’s new communities or total remixing of communities, or if communities just shift in a uniform way?

“We’re really trying to understand how animals respond to changing climate and changing environments, so that we can get a better sense of how they’ll respond to increased warming and climate change that’s occurring today.”

Positive trait to environment relationships — and a negative one

When it comes to an example of a good trait-environment relationship involving animals, McGuire cites the role that elephants play in Africa — something mastodons also did in North America before their extinction.

“Elephants help maintain savanna habitats,” McGuire says, referring to the giants’ relationships with Africa’s grassland regions. “They control trees along the perimeters of forests, preventing them from expanding into, and taking over, savanna habitats.”

Similarly, in ancient North American ecosystems, the loss of the mammoth, along with climate change, is thought to have resulted in the loss of the mammoth steppe ecosystem, “a no-analog, widespread Arctic shrubland that went extinct as a biome (a community of plants and animals) around the time of North American megafauna extinction,” McGuire says.

The US NSF and UK NERC funding for the project also includes student outreach and mentoring for early career academics. The project’s broader impact goals include measures to support inclusivity and diversity in science, high-impact training experiences for students and postdoctoral researchers, application of the researcher’s modeling framework for applied conservation, and meaningful engagement with the public.

“We plan to pair travel and research objectives with workshops so that workshop students get to directly participate in research, and serve as co-authors on projects as appropriate,” McGuire adds. 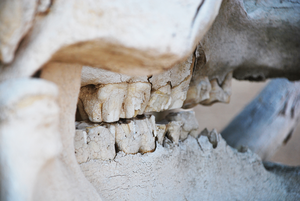 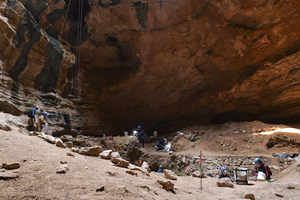