The study provides important information that could lead to new treatments to minimize the consequences of myocardial infarction.

Neutrophils are immune cells that form the first line of defense in the body but that can also damage healthy cells, including cells in the cardiovascular system. “Several studies have linked the presence of neutrophils in blood to a higher risk and severity of cardiovascular disease,” said first author Georgiana Crainiciuc.

Nevertheless, Crainiciuc also pointed out that it is not possible to protect the cardiovascular system simply by removing neutrophils as this would “leave the body defenseless against any pathogen that threaten it.”

To resolve this problem, the authors sought to identify the specific types of neutrophils that cause vascular injury. The researchers analyzed cells by high-resolution intravital microscopy, a technology that allows the visualization of cells within the blood capillaries of live animals.

The scientists designed a highly novel computational system that allowed them to analyze how cells behave in vessels through simple measures of changes in size, shape, and movement. This analysis identified three neutrophil behavior patterns during inflammatory processes but showed that only one of them, characterized by large size and proximity to the vessel wall, is linked to cardiovascular injury.

Combining this computational system with massive genetic analysis in animal models, the authors were able to identify the molecules responsible for the harmful neutrophil behavior.

The team found that the cause of this pathological behavior is a single molecule, Fgr. This discovery provides the key to selecting highly effective drugs able to prevent inflammation and cell death after a myocardial infarction. “The idea now is to continue with further tests and analysis needed to convert this into a clinical treatment for patients,” added Crainiciuc.

The scientists believe that the study signals a major advance not only toward improved treatment of cardiovascular disease, but also in the methodology for analyzing immune cells. “With current techniques, researchers can analyze of a large number of genes and molecules per cell, and this has enabled the discovery of numerous cell populations associated with the development of disease,” explained co-first author Dr. Miguel Palomino-Segura.

Nevertheless, he added, “our model is unique because it allows the identification of cells not from their genetic profile but from their activity during a disease. This is a completely new approach to the study of immune processes that exploits the dynamism of the disease state to generate new information.”

“The key to this approach is the ability of neutrophils to change their shape, activity, and capacity to migrate in a matter of seconds. These rapid changes can only be captured under the microscope,” said Dr. Hidalgo.

To extract the full potential of these images, the research team collaborated with engineers at Universidad Carlos III in Madrid, who developed new computer vision techniques for taking measurements in living tissues.

The study also required intense efforts to develop the computational capacity needed to systematically combine and compare the huge datasets derived from thousands of cells. “This technology has been applied to other kinds of data, but this is the first example of its use to treat microscopy data, and the results have been surprising”, said Jon Sicilia, co-author and bioinformatician in charge of the analytical part of the project.

The authors hope that this new methodology will find application in other scientific arenas. “The idea now is to apply this technology in other settings, such as infection or cancer, in which immune cells also play a critical role in disease progression,” said Palomino-Segura.

Collaborators on this project include researchers at Vithas Hospitals in Madrid; Castilla la Mancha University; the Singapore Agency for Science, Technology, and Research (ASTAR); and Harvard and Baylor Universities in the USA. 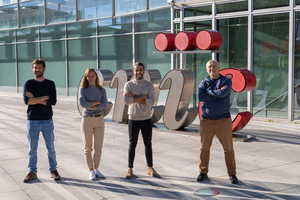 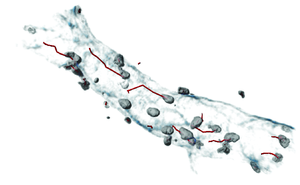 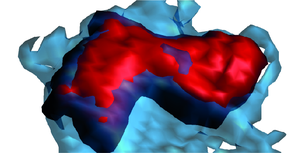