One of the largest reservoirs of carbon and home to billions of microorganisms, soil is a highly complex ecosystem that is essential to a healthy climate.

Given the diverse components of soil – minerals, organic matter, living organisms, gasses and water - scientists have struggled for decades to understand the ecology and function of soil microorganisms.

Funded by a $756,318 grant from the National Science Foundation, Ember Morrissey, associate professor of environmental microbiology, and Eddie Brzostek, associate professor of forest ecology and ecosystem modeling, aim to determine which microorganisms consume key types of soil carbon and use the findings to help better predict climate change.

“Microbes are important for soil organic matter decomposition,” Morrissey said. “They are the primary actors performing that process and, as a consequence, they play a big role in the global carbon cycle, returning carbon that enters the soil from above ground plant production to the atmosphere as carbon dioxide.”

During the research project, she will use stable isotope probing, an advanced laboratory technique, to track carbon uptake and characterize the function of microbes in their natural communities.

With stable isotope probing, researchers add organic substrates like plant debris which contain an uncommon isotope of carbon: C-13. Most atoms of carbon are C-12 and have six neutrons and six protons; however, C-13 has an extra neutron which makes it heavier. This heavy C-13 can then be detected in the DNA of active soil microorganisms.

From there, researchers can figure out which microbes are using different types of carbon in the soil and, hopefully, be better able to predict how those processes affect the climate.

“We use mathematical equations to try to make projections of how changes in climate and changes in vegetation would impact how much carbon dioxide a forest or any ecosystem would store in its vegetation or in its soils,” Brzostek said. “And for the longest time we were making those predictions without actually having equations that represented microbes.”

Once Morrissey discovers how individual microorganisms function within the soil, Brzostek can use the information to predict how future climate change will impact carbon sequestration by ecosystems.

And those predictions have global significance.

“Countries all over the world rely on predictive models to determine by how much they need to reduce emissions to help keep Earth’s temperature within a certain range,” Brzostek said. “Including microbes in the models will make the predictions more accurate.” 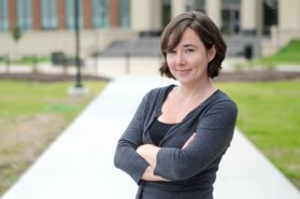 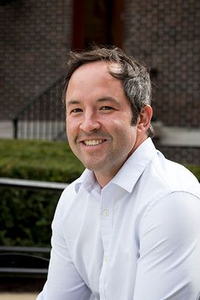