Monitoring a person’s blood pressure on a regular basis can help health care professionals with early detection of various health problems such as high blood pressure, which has no warning signs or symptoms. However, many things can alter an accurate blood pressure reading, including a patient’s nervousness about having their blood pressure taken at a doctor’s office, otherwise known as “white coat syndrome.”

Now, researchers at the University of Missouri are customizing a commercial finger clip device to provide a rapid, noninvasive way for measuring and continually monitoring blood pressure. The device can also simultaneously measure four additional vital signs — heart rate, blood oxygen saturation, body temperature and respiratory rate, said Richard Byfield, a mechanical and aerospace engineering graduate student in the MU College of Engineering, and the lead author on the study.

“Typically, calculating someone’s blood pressure at a hospital or clinic involves using an inflatable cuff wrapped around their arm, but there are three issues with that method — it can cause damage to someone’s arteries if done repeatedly within a short amount of time; people’s blood pressure can rise due to nervousness; and it can take up to 30 seconds to complete,” Byfield said. “Our device can record someone’s blood pressure within five seconds by using optical sensors placed on the fingertip that measure the amount of light reflected off the blood vessels underneath the surface of the skin.”

This process is called photoplethysmography (PPG), and the device uses two PPG sensors located at two different points on a finger to capture someone’s pulse in order to calculate pulse wave velocity, or how fast the blood is traveling through the bloodstream. Once the data from the pulse wave velocity is gathered, it’s transmitted wirelessly to a computer for signal processing and blood pressure calculation by a machine learning algorithm. The researchers said other studies have also shown pulse wave velocity has a strong correlation with blood pressure.

Byfield and his colleagues also acknowledge there are some issues with making PPG sensors work to obtain these measurements.

“Typically, there are a few problems with PPG sensors,” Byfield said. “One is called artifact motion — if you move a PPG sensor while it’s reading, it can affect the waves that are being recorded. On top of that, we found that differences in pressure can alter the waves, but with a finger clip design, a spring provides constant pressure. Another reason this method hasn’t been explored much before is typically these finger clips only have one sensor, but we have two sensors in our device.”

A provisional patent has been filed for the device. Researchers are currently working on developing the device for at-home use, and their long-term goal includes potential clinical and commercial applications. Byfield said a clinical application could help relieve some burdens for nurses who deal with multiple devices to monitor a patient’s vital signs.

Researchers are also working to incorporate the device in data collection for future studies by developing predictive computational models to help identify vital signs that could serve as indicators for multiple human diseases, including COVID-19 and the flu, said Jian Lin, William R. Kimel Faculty Fellow and associate professor of mechanical and aerospace engineering.

“Our goal is to develop a broader impact for our device beyond a new way to measure vital signs,” said Lin, who is the corresponding author on the study. 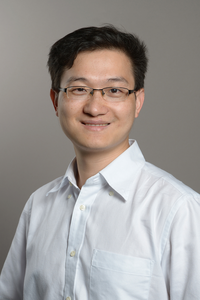 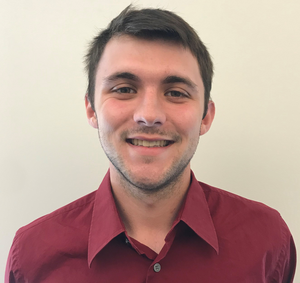