VANCOUVER—The first comprehensive analysis of viral horizontal gene transfer (HGT) illustrates the extent to which viruses pick up genes from their hosts to hone their infection process, while at the same time hosts also co-opt useful viral genes.

HGT is the movement of genetic material between disparate groups of organisms, rather than by the “vertical” transmission of DNA from parent to offspring. Previous studies have looked at HGT between bacteria and their viruses and have shown that it plays a major role in the movement of genes between bacterial species. However the new study, published in Nature Microbiology, looks at interactions between viruses and eukaryotes, which include animals, plants, fungi, protists and most algae.

“We knew from individual examples that viral genes have played a role in the evolution of eukaryotes. Even humans have viral genes, which are important for our development and brain function,” said the study’s lead author, Dr. Nicholas Irwin, a Junior Research Fellow at Merton College, University of Oxford, and former PhD student at the University of British Columbia (UBC). “We wanted to understand more broadly how HGT has affected viruses and eukaryotes from across the tree of life.”

To tackle this problem, the authors examined viral-eukaryotic gene transfer in the genomes of hundreds of eukaryotic species and thousands of viruses. They identified many genes that had been transferred and found that HGT from eukaryotes to viruses was twice as frequent as the reverse direction.

“We were interested to find that certain groups of viruses, especially those that infect single-celled eukaryotes, acquire a lot of genes from their hosts,” said the study’s senior author, Dr. Patrick Keeling, a professor in the Department of Botany at UBC. “By studying the function of these genes we were able to make predictions about how these viruses affect their hosts during infection.”

In contrast to viruses, eukaryotic organisms retained fewer viral genes, although the ones that were kept appear to have had a major impact on host biology over evolutionary time.

“Many of these viral-derived genes appear to have repeatedly affected the structure and form of different organisms, from the cell walls of algae to the tissues of animals,” said Dr. Irwin. “This suggests that host-virus interactions may have played an important role in driving the diversity of life we see today.”

“These transfers not only have evolutionary consequences for both virus and host, but could have important health implications,” Dr. Keeling said.

HGT allows genes to jump between species including viruses and their hosts. If the gene does something useful, it can sweep through the population and become a feature of that species. This can lead to a rapid emergence of new abilities, as opposed to the more incremental changes that result from smaller mutations.

Although viruses such as Zika and coronaviruses do not appear to participate in these gene transfers, they often manipulate similar genes in their hosts through complex mechanisms. Future research into these transferred genes may therefore provide a novel approach for understanding the infection processes of these and other viruses which could be important for drug discovery.

“The past two years have clearly demonstrated the destructive potential of viruses, but we think that this work serves as an interesting reminder that viruses have also contributed to the evolution of life on Earth,” said Dr. Irwin.

Systematic evaluation of horizontal gene transfer between eukaryotes and viruses 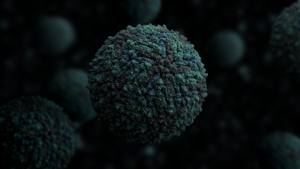