A new study led by scientists at the University of Miami (UM) Rosenstiel School of Marine and Atmospheric Science revealed that the locations and timing of tiger shark movement in the western North Atlantic Ocean have changed from rising ocean temperatures. These climate-driven changes have subsequently shifted tiger shark movements outside of protected areas, leaving the sharks more vulnerable to commercial fishing.

The movements of tiger sharks, (Galeocerdo cuvier) the largest cold-blooded apex predator in tropical and warm-temperate seas, are constrained by the need to stay in warm waters. While waters off the U.S. northeast coastline have historically been too cold for tiger sharks, temperatures have warmed significantly in recent years making them suitable for the tiger shark.

“Tiger shark annual migrations have expanded poleward, paralleling rising water temperatures,” said Neil Hammerschlag, director of the UM Shark Research and Conservation Program and lead author of the study. “These results have consequences for tiger shark conservation, since shifts in their movements outside of marine protected areas may leave them more vulnerable to commercial fishing.”

The study found that during the last decade, when ocean temperatures were the warmest on record, for every one-degree Celsius increase in water temperatures above average, tiger shark migrations extended farther poleward by roughly 250 miles (over 400 kilometers) and sharks also migrated about 14 days earlier to waters off the U.S. northeastern coast.

The results may have greater ecosystem implications. “Given their role as apex predators, these changes to tiger shark movements may alter predator-prey interactions, leading to ecological imbalances, and more frequent encounters with humans.” said Hammerschlag.

The University of Miami is a private research university and academic health system with a distinct geographic capacity to connect institutions, individuals, and ideas across the hemisphere and around the world. The University’s vibrant and diverse academic community comprises 12 schools and colleges serving more than 17,000 undergraduate and graduate students in more than 180 majors and programs. Located within one of the most dynamic and multicultural cities in the world, the University is building new bridges across geographic, cultural, and intellectual borders, bringing a passion for scholarly excellence, a spirit of innovation, a respect for including and elevating diverse voices, and a commitment to tackling the challenges facing our world. Founded in the 1940’s, the Rosenstiel School of Marine and Atmospheric Science has grown into one of the world’s premier marine and atmospheric research institutions. Offering dynamic interdisciplinary academics, the Rosenstiel School is dedicated to helping communities to better understand the planet, participating in the establishment of environmental policies, and aiding in the improvement of society and quality of life. www.rsmas.miami.edu. 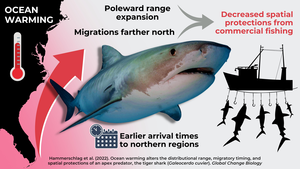