A Korean research team has developed a “bomb-like” anticancer therapeutic agent that only attacks cancer cells, bioinspired by mussels and tunicates. This nanobomb generates heat only in specific sites where near-IR (NIR) laser is irradiated to generate nitric oxide gas, which has an anticancer effect, and simultaneously releases anticancer drugs to achieve the trimodal treatment of photothermal-gas-chemo-therapy.

A POSTECH research team led by Professor Hyung Joon Cha and Dr. Yeonsu Jeong (Department of Chemical Engineering) in collaboration with Professor Yun Kee Jo’s team at Kyungpook National University (Department of Biomedical Convergence Science and Technology, School of Convergence) have together developed a photoactivatable adhesive nanobomb with mussel adhesive proteins (MAPs) and the catechol-vanadium complex of tunicates that involves in light-related energy conversion through electron transfer. Photoactivatable refers to the characteristic where properties change depending on the external light.

Since cancer occurs through multiple biological pathways, a method that combines various treatments rather than one single treatment is usually employed. But it is difficult to deliver multiple therapeutic agents simultaneously to a specific cancer site due to the large amount of fluid present in the body.

Among such methods, the light-triggered photothermal therapy (PTT) utilizes nanoparticles of metals, carbon, or synthetic polymers. However, their poor biodegradability, which can cause a risk of systemic toxicity, and low photothermal conversion efficiency – the efficiency at which the absorbed light is converted to heat – make effective cancer treatment difficult.

To this, the research team created nanoparticles by adding the catechol-vanadium complexes – which help light and electrons move in tunicates – to the MAP. When these nanoparticles are irradiated with NIR lasers, the temperature can be raised to 50 degrees within five minutes, exhibiting excellent photothermal conversion efficiency about 50%. These nanoparticles retained on cancer cell for a prolonged period contributed by the strong adhesiveness of MAP. In addition, great biocompatibility and biodegradability of proteinic nanoparticles resolve the safety issue of conventional light-responsive nanotherapeutics.

When the nanoparticles containing a thermo-sensitive nitric oxide (NO) donor and an anticancer drug were irradiated with near-IR (NIR) laser, NO gas and drugs were effectively released due to the photothermal effect, confirming their potential to be used in a nanobomb. It is usually difficult to retain the anticancer effects of NO gas because it quickly biometabolizes. However, the nanobomb can control the gas release with light, which greatly increases the delivery efficiency of NO.

In preclinical trials in animal models, the tumor grew back 15 days after being treated with just a single photothemal treatment, whereas the therapeutic efficacy was prolonged with trimodal treatments using nanobombs as no tumors were observed for about one month.

“With a single nanoparticle, various site-specific therapeutic agents can be locally administered and multimodal treatments can be easily controlled with a single stimulus, which will be effective in treating cancer patients in the future,” explained Professor Hyung Joon Cha. “This nanobomb can be applied not only to photothermal-gas-chemo-therapy, but also to the delivery of therapeutics including genes and antibodies or contrast agents, and therefore can be widely used according to the specific needs of the patient or the condition.”

The mussel adhesive protein technology has undergone a technology transfer to Nature Glutech Co., Ltd. and clinical trials are in the works after obtaining investigational new drug (IND) approvals. 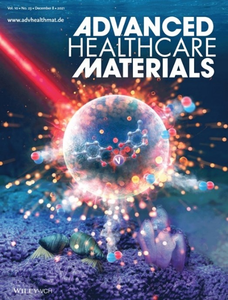