Dominance hierarchies were first described in chickens a century ago by a Norwegian zoologist who coined the term “pecking order.”

Since then researchers such as University of Cincinnati biologist Elizabeth Hobson have examined the intricacies of conflict and competition in species as diverse as primates, whales, birds and insects.

Hobson, an assistant professor of biology in UC’s College of Arts and Sciences, has contributed to this discussion in several published studies, particularly in birds such as monk parakeets. This month she co-edited a special issue of the journal Philosophical Transactions of the Royal Society B dedicated to a century of research on dominance hierarchies.

Hobson also authored a new study in the journal using data mining in Google Scholar to examine trends in the field of dominance hierarchies. She found increasingly more publications on the topic in each decade, totalling 26,000 published papers in the past 100 years. The growth in published works each decade along with the diverse communities that are studying the topic suggest dominance hierarchies still captivate researchers for all they teach about animal behavior.

The subject continues to intrigue both the public and researchers because we as a society are often preoccupied with conflict and competition, Hobson said.

“Think of the interest we have in sports and competition,” Hobson said. “Figuring out who is the best underlies a lot of what we like to watch.”

Norway’s Thorleif Schjelderup-Ebbe first described dominance hierarchies in his dissertation in 1921 while studying how domestic chickens both create pecking orders and understand their place in them. Chickens peck those with lower status and are in turn pecked by higher-ranking birds.

“He’s like the Charles Darwin of dominance hierarchies,” Hobson said. “Many kernels of insight he had 100 years ago hold up today.”

It might be easy to see a reflection of our lives in the daily struggle of animals. But Hobson said that would be an oversimplification considering the vast spectrum of human emotions, our complicated motivations and our even more complex relationships.

“You want to be careful making one-to-one comparisons,” Hobson said. “It’s more of an analogy. What do we see in animals and what could that potentially tell us about how people interact?”

Even so, people are fascinated by the struggle.

“Of all the behavioral biology topics, dominance must be one of the most familiar to nonscientists, probably because power structures are so intuitively familiar to us,” co-editor Strauss said.

But contrary to conventional wisdom, dominance often has more to do with circumstance and opportunity than good genes or superior size and condition.

“The idea that the most dominant animals get the most mating opportunities and resources is not completely wrong, but it's also overly simplistic,“ he said.

Strauss said in some cases, dominant animals face greater risk of injury from frequent battles defending their position or territory. As a result, some animals don’t maintain their status very long.
And perhaps surprisingly, over time, many individuals are likely to hold high status at some point in their lives, he said.

Strauss works in Kenya’s Maasai Mara studying spotted hyenas, highly social carnivores maligned by their unflattering portrayal as villains in the Disney movie “The Lion King.” When it comes to dominance hierarchies, the movie misses the mark in how it depicts the titular character as noble and selfless.

“The view that dominant animals act as benevolent leaders of their groups is wishful thinking that I believe says more about how we view our societies than it does about the nature of animal social lives,” Strauss said. “Individuals holding high status use their status to advance their personal interests.”

In the decades since Schjelderup-Ebbe’s first observations, researchers have learned much about dominance hierarchies, including the ways animals signal their superiority to others, the clever ways they avoid conflict and how factors like group size and social alliances affect the order.

“Dominance hierarchies in groups are incredibly common. But species form these systems in ways that might look similar but are managed quite differently,” Hobson said.

Some animals signal their dominance to potential mates, perhaps to preempt conflict with rivals. Hobson said fish like African cichlids adopt vivid colors when they ascend in rank. Male monkeys called mandrills, too, have skin colors linked to their hormones.

Hobson has studied how monk parakeets quarrel with competitors closest in status to cement their positions rather than wasting effort fighting the lowest-ranking members of the colony. This strategy may reflect a high level of cognition.

“In the parakeets I work with, we don’t find a strong correlation between size and dominance. Instead, individuals may need to recognize their rivals and remember past fights and outcomes to come up with a mental model of rank,” she said. “That’s a very different cognitive task than choosing to fight an opponent simply because it is slightly smaller than you.”

Then there is politics. Some animals such as baboons and hyenas form coalitions to maintain status.

“Coming in and being hyperaggressive can allow you to rise to the top of the hierarchy. But if your only method of keeping rank is aggression, the moment you let down your guard, someone else can take over,” Hobson said.

Hobson said she and her group are excited about pursuing new questions in the field of dominance hierarchies.

“The more you know, the more you realize all you don’t know,” Hobson said. “So will there be fertile ground for another 100 years of research on the topic? Absolutely.”

Quantifying the dynamics of nearly 100 years of dominance hierarchy research

Unlocking the mysteries of the pecking order 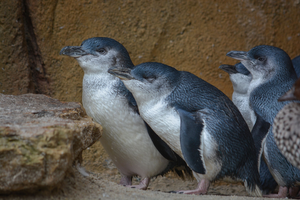 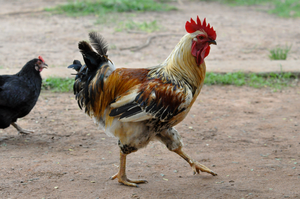 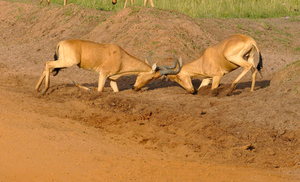