Lowland tapir populations in the Atlantic Forest in South America are at risk of almost complete disappearance, scientists have estimated. Weighing up to 250 kg, the animal can adapt to most habitats in South America—but its populations continue to decline across its range.

Today, its survival is seriously threatened: it can be found in just 1.78% of its original distributional range in the Atlantic Forest biome, which covers parts of Brazil, Argentina and Paraguay. The main long-term threat to its well-being is population isolation, as hunting and highways keep populations away from each other.

Urgent measures need to be taken to connect isolated populations and ensure the long-term conservation of tapirs, warn the authors of a new study on the distribution and conservation status of lowland tapirs in the South American Atlantic Forest, published in the open-access journal Neotropical Biology and Conservation.

The research was done by Kevin Flesher, PhD, researcher at the Biodiversity Study Center, Michelin Ecological Reserve, Bahia, and Patrícia Medici, PhD, coordinator of the Lowland Tapir Conservation Initiative, a project developed by the Institute for Ecological Research in Brazil, and chair of the Tapir Specialist Group at the Species Survival Commission in the International Union for Conservation of Nature.

"Of the 48 tapir populations identified during the study, between 31.3% and 68.8% are demographically unviable (low number of individuals), and between 70.8% and 93.8% of the populations are genetically unviable (low gene flow). Only 3-14 populations are still viable in the long run when both criteria are considered. The evidence suggests that with the appropriate conservation actions, the lowland tapir could be broadly distributed throughout the Atlantic Forest," says Kevin Flesher.

"Tapirs have low reproductive potential, including a long reproductive cycle with the birth of just one young after a gestation period of 13-14 months and intervals of up to three years between births. Our populational simulations clearly show how, in the case of small populations, even the loss of a single individual per year can result in rapid extinction of an entire local population," adds Medici.

Kevin Flesher dedicated 15 years to visiting 93 reserves in the Atlantic Forest, talking to people and analyzing 217 datasets, before he compiled the necessary data to design conservation actions that can ensure the survival of tapirs in the area.

The states of São Paulo and Paraná in Brazil have the largest number of remaining populations: 14 and 10, respectively. The two largest populations are in Misiones, Argentina, and in the neighboring Iguaçu and Turvo reserves, in Paraná and Rio Grande do Sul, Brazil.

"As far as our knowledge goes, there is no evidence of movement of tapirs between these populations," points out Medici.

The distance between population fragments, however, is not what is stopping them.

"The central problem is the multiple threats they face while crossing the habitat," explains Flesher. Highways are one major obstacle that limits the access of tapirs to forests with adequate habitat. "For example, the heavy traffic on highway BR-101 (which cuts the Brazilian Atlantic Forest from North to South) is a death trap to wildlife. Tapirs often die when attempting to cross it," explains Medici.

The construction of highways and expansion of traffic in and around natural areas is a serious threat to large tapir populations that might otherwise have the chance to thrive, like those in Misiones, Argentina, and Serra do Mar, Brazil.

"Roadkill is a significant cause of death in six of the eight reservations in which highways cross tapir populations, and the expansion of the roadway grid in the country threatens to cause population fragmentation in at least four populations,” points out Flesher. This is why finding ways to allow tapirs to cross highways safely is an urgent conservation priority.

The results of the study, however, give cause for “cautious optimism” for the future of tapirs in the area: after decades of dedicated conservation efforts, the situation is starting to improve.

"Despite these continuing challenges for tapir conservation, most populations appear to be stable or increasing and the conservation outlook for the species is better than several decades ago, when the first efforts to protect the species began," Kevin Flesher concludes.

In the Atlantic Forest, the lowland tapir is at risk of extinction 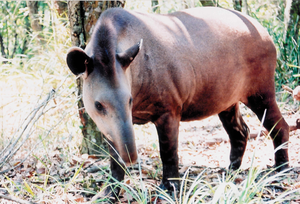 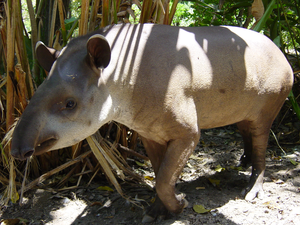 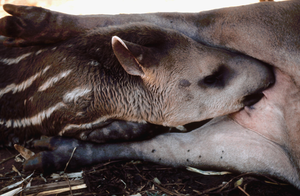 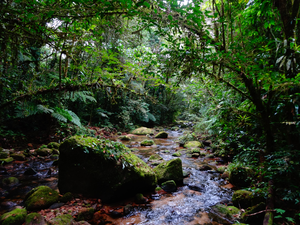 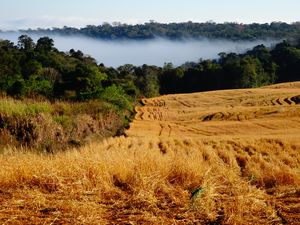 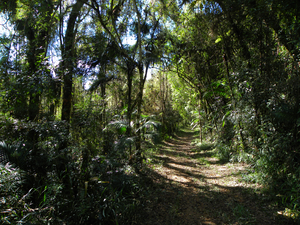