“Today’s publication in Nature shows our operations were 99 per cent error-free,” says Professor Andrea Morello of UNSW, who led the work.

“When the errors are so rare, it becomes possible to detect them and correct them when they occur. This shows that it is possible to build quantum computers that have enough scale, and enough power, to handle meaningful computation.”

This piece of research is an important milestone on the journey that will get us there,” Prof. Morello says.

Morello’s paper is one of three published today in Nature that independently confirm that robust, reliable quantum computing in silicon is now a reality. This breakthrough features on the front cover of the journal.

The UNSW and Delft teams certified the performance of their quantum processors using a sophisticated method called gate set tomography, developed at Sandia National Laboratories in the U.S. and made openly available to the research community.

Morello had previously demonstrated that he could preserve quantum information in silicon for 35 seconds, due to the extreme isolation of nuclear spins from their environment.

“In the quantum world, 35 seconds is an eternity,” says Prof. Morello. “To give a comparison, in the famous Google and IBM superconducting quantum computers the lifetime is about a hundred microseconds – nearly a million times shorter.”

But the trade-off was that isolating the qubits made it seemingly impossible for them to interact with each other, as necessary to perform actual computations.

Today’s paper describes how his team overcame this problem by using an electron encompassing two nuclei of phosphorus atoms.

“If you have two nuclei that are connected to the same electron, you can make them do a quantum operation,” says Dr Mateusz Mądzik, one of the lead experimental authors.

“While you don't operate the electron, those nuclei safely store their quantum information. But now you have the option of making them talk to each other via the electron, to realise universal quantum operations that can be adapted to any computational problem.”

“This really is an unlocking technology,” says Dr Serwan Asaad, another lead experimental author. “The nuclear spins are the core quantum processor. If you entangle them with the electron, then the electron can then be moved to another place and entangled with other qubit nuclei further afield, opening the way to making large arrays of qubits capable of robust and useful computations.”

David Jamieson, research leader at the University of Melbourne, adds: “The phosphorous atoms were introduced in the silicon chip using ion implantation, the same method used in all existing silicon computer chips. This ensures that our quantum breakthrough is compatible with the broader semiconductor industry.”

All existing computers deploy some form of error correction and data redundancy, but the laws of quantum physics pose severe restrictions on how the correction takes place in quantum computer. Prof. Morello explains: “You typically need error rates below 1 per cent, to apply quantum error correction protocols. Having now achieved this goal, we can start designing silicon quantum processors that scale up and operate reliably for useful calculations.”

About the three papers

Semiconductor spin qubits in silicon are well-placed to become the platform of choice for reliable quantum computers. They are stable enough to hold quantum information for long periods and can be scaled up using techniques familiar from existing advanced semiconductor manufacturing technology.

“Until now, however, the challenge has been performing quantum logic operations with sufficiently high accuracy,” Prof. Morello says.

“Each of the three papers published today shows how this challenge can be overcome to such a degree that errors can be corrected faster than they appear.”

While the three papers report independent results, they illustrate the benefits that arise from free academic research, and the free circulation of ideas, people and materials. For instance, the silicon and silicon-germanium material used by the Delft and RIKEN groups was grown in Delft and shared between the two groups. The isotopically purified silicon material used by the UNSW group was provided by Kohei Itoh, from Keio University in Japan.

The gate set tomography (GST) method, which was key to quantifying and improving the quantum gate fidelities in the UNSW and Delft papers, was developed at Sandia National Laboratories in the US, and made publicly available. The Sandia team worked directly with the UNSW group to develop methods specific for their nuclear spin system, but the Delft group was able to independently adopt it for its research too.

There has also been significant sharing of ideas through the movement of people between the teams, for example:

The UNSW-UTS consortium was created as part of the AUSMURI Project, a multi-university Australia-US initiative, funded in Australia through the Defence Department’s Next Generation Technologies Fund. The AUSMURI project aims at using multi-qubit systems to reduce the overall quantum gate errors. This result is a key breakthrough in the direction of high-fidelity quantum processors in silicon.

The ARC Centre of Excellence for Quantum Computation and Communication Technology supported the work at UNSW and Melbourne. The quantum device was fabricated using facilities in the UNSW node of the Australian National Fabrication Facility (ANFF).

Work at Delft was supported by the Dutch Government, and by the US Army Research Office, through the same scheme supporting the UNSW work.

The work at RIKEN was funded through several Japan government grants.

Precision tomography of a three-qubit donor quantum processor in silicon

Nuclear spins were among the first physical platforms to be considered for quantum information processing, because of their exceptional quantum coherence and atomic-scale footprint. However, their full potential for quantum computing has not yet been realized, due to the lack of methods to link nuclear qubits within a scalable device combined with multi-qubit operations with sufficient fidelity to sustain fault-tolerant quantum computation. Here we demonstrate universal quantum logic operations using a pair of ion-implanted  31P nuclei in a silicon nanoelectronic device.

A nuclear two-qubit controlled-Z gate is obtained by imparting a geometric phase to a shared electron spin and used to prepare entangled Bell states with fidelities up to 94.2(2.7)%.

These three metrics indicate that nuclear spins in silicon are approaching the performance demanded in fault-tolerant quantum processors.

We then demonstrate entanglement between the two nuclei and the shared electron by producing a Greenberger-Horne-Zeilinger 3-qubit state with 92.5(1.0) % fidelity. Since electron spin qubits in semiconductors can be further coupled to other electrons or physically shuttled across different locations, these results establish a viable route for scalable quantum information processing using donor nuclear and electron spins.

Precision tomography of a three-qubit donor quantum processor in silicon 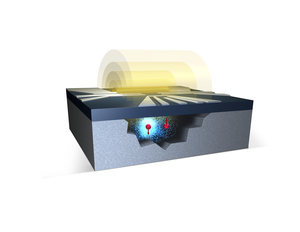 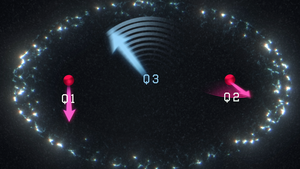 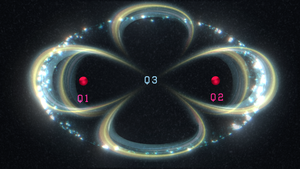 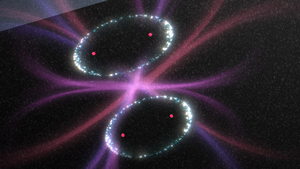 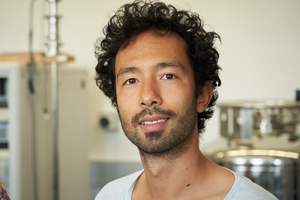 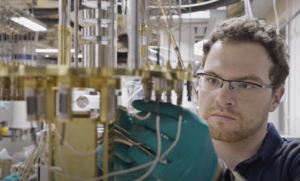