"To develop the best plan, our student team first needed to create simulations of the portion of lunar sky L-CAM1 will see during the mission's multiple lunar days as a way of determining visible astrophysical and astronomical targets. One of the unique benefits L-CAM1 will provide is the duration of uninterrupted time individual subjects can be observed," said Marchis. "A next step for the solar system portion of the L-CAM1 science program was determining the asteroid population in the main belt that will cross our field of view."

The students developed two science cases for the observing program, based on understanding the benefits and limitations of a lunar observatory:

"Giving early-career students the chance to design a frontier, space-based science program that will operate on the lunar surface is a wonderful and unique opportunity to support the progression of tomorrow's leading astronomers and astrophysicists," said Boyajian, LSU Assistant Professor of Physics & Astronomy. "Planning a science program from scratch also presents a number of challenges that students often don't get exposure to this early in their careers."

"Some of the specific data analysis was classifying targets by type and observability, including opportunities to continuously observe the light curves of near-Earth asteroids so we can characterize them in new ways," said Peter Santana, L-CAM1 Student Science Team member who worked at the SETI Institute as part of their REU program. "Where we're really limited by time, weather and other conditions when observing from Earth, we anticipate being able to observe some targets for up to 100 continuous hours. This is something that ground-based and low-Earth orbiting telescopes generally cannot do."

"Working on L-CAM has been a dream come true for me. I've been an astronomer since I was 13, and now I'm developing the science program for a lunar surface telescope," said Farzaneh Zohrabi, L-CAM1 student science team member studying at LSU. "A unique thing that we're planning to do with L-CAM makes precise measurements of nearby bright stars and their exoplanets. This is something that cannot easily be done using ground-based telescopes on Earth because of the atmosphere and saturation limits."

The long-duration and precise light curves of stars and asteroids may enable the detection of exomoons orbiting the exoplanets or moons orbiting their host asteroids. The light curves of transiting exoplanets captured by L-CAM can also detect a phenomenon called "transit timing variations," which occur due to the gravitational tug of additional objects orbiting the host star being observed. Scientists using L-CAM1 will similarly be able to study the light curves of near-Earth asteroids over longer durations to better characterize orbital parameters and rotational spin, contribute to advanced 3D modeling and identify transiting asteroid moons.

"Because of my data science background, the initial challenge presented to me was to think about how we can map all the known exoplanets and their hosts in order to identify what will be observable from L-CAM1's landing site," said Carol Miu, L-CAM1 student science team member studying at Collin College. "I wrote a script that uses the Stellarium planetarium (stellarium.org) to determine what stars and known exoplanets will be in our planned field of view at specific times, and matched the results against NASA's exoplanet archive data to determine orbital periods and our list of candidate targets."

"My focus began with determining where we should be looking by using the Stellarium planetarium and other software to model the night sky. This enabled us to put together a list of candidate host stars and exoplanets for observation," said Connor Langevin, L-CAM1 student science team member studying at LSU. "More recently, I've started to identify the observability of near-Earth asteroids. This involves determining L-CAM's field of view at specific times and matching that with specific asteroids that will be viewable."

After selecting initial science targets, the team considered alternate mission schedule and landing locations for L-CAM1, requiring additional analysis to modify the list of targets. The team was able to step back and consider how programmatic changes or a multi-mission program can be efficiently designed while minimizing rework. The student team also had to develop a data acquisition strategy constrained by transmission limitations from the Moon to Earth for analysis.

"L-CAM has several advantages. The lack of atmosphere on the lunar surface, compared to ground-based telescopes for deep space science, will provide a higher level of precision, there will be longer continuous observation windows due to the two-week-long lunar day, and we will be able to observe areas closer to the sun than we can from Earth," said Dr. Jonas Klüter, L-CAM1 student science team member studying at LSU. "However, our observing and data strategy posed a challenge. Because data transmission from L-CAM to Earth is limited, we needed to determine how much data we require on stars and asteroids in order to fully characterize them. This includes exposure time, magnitude limits, and how many pixels are required to conduct the science."

About the SETI Institute
Founded in 1984, the SETI Institute is a non-profit, multidisciplinary research and education organization whose mission is to lead humanity's quest to understand the origins and prevalence of life and intelligence in the universe and share that knowledge with the world. Our research encompasses the physical and biological sciences and leverages expertise in data analytics, machine learning and advanced signal detection technologies. The SETI Institute is a distinguished research partner for industry, academia and government agencies, including NASA and NSF.

AstronetX is a Delaware public benefit corporation, headquartered in Boston, Massachusetts, established to enable research in the Earth and space sciences for the benefit of humanity by making multi-purpose, space-based observational and database services available to customers spanning the space science community, government agencies, the private sector, and citizen scientists.

As the flagship institution of the state of Louisiana, Louisiana State University (LSU) is a leading research-extensive university, challenging undergraduate and graduate students to achieve the highest levels of intellectual and personal development. LSU is one of a few universities nationally to be designated as a land-grant, sea-grant and space-grant institution. LSU’s economic impact on Louisiana supports nearly $3.9 billion in Louisiana sales, $1.5 billion in new statewide earnings and an estimated 36,757 direct and indirect annualized jobs. The mission of LSU is the generation, preservation, dissemination, and application of knowledge and cultivation of the arts. For more information, visit www.lsu.edu.

Mississippi State University is a comprehensive, doctoral-degree-granting university offering a wide range of opportunities and challenges for learning and growth to a diverse and capable student body of approximately 23,000 students. Among the National Science Foundation’s Top 100 research universities, MSU provides access and opportunity to students from all sectors, 49 states and more than 80 other countries. As a land-grant institution, MSU is committed to sharing knowledge and expertise throughout the state of Mississippi, which includes a presence in each of the state’s 82 counties. Mississippi State’s research and development expenditures reached $264.5 million in FY 2019, accounting for nearly half of the total expenditures by universities in the state. MSU researchers are working with students on worldwide challenges such as food security, solutions to human diseases, social and economic disparity, and cybersecurity. The university is home to centers and institutes that are leaders in areas such as aerospace engineering, automotive engineering, unmanned aircraft systems, agriculture, data analytics, and social sciences, among other areas. The university’s research activity is an economic driver for Mississippi, contributing to MSU’s estimated $1.8 billion economic impact in the Magnolia State.

About The Gordon and Betty Moore Foundation 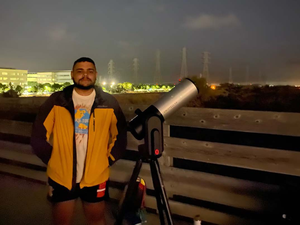