Tracking building activity across the years, estimated from felling year of timber from historical buildings, can yield an unrivaled economic record for premodern Europe. That is the conclusion from a vast study by a consortium of scientists across Europe, published in Frontiers in Ecology and Evolution. By dating timber from tree rings – to the exact year of felling – from historical buildings, and statistically analyzing the distribution of building years, the authors deduce multiple periods of socio-economic prosperity and downturn between 1250 and 1699, independent from other historical data. Crucially, they show how different European regions were differentially affected, and at different times.

When historical records are too scant to reconstruct large-scale demographic and societal changes, environmental measures can be used. For example, numbers of shipwrecks have been used in past research to chart trade intensity, pollen to reconstruct agricultural production, and anthropometric measures of skeletons to estimate living standards. Here, researchers used felling dates to track changes in building activity as a measure of macroeconomic development.

Times of ‘crisis and prosperity’

“The ability to reconstruct changes in building activity in time and space, independent of written sources, provides valuable new insights into times of crisis and prosperity in the past. Here we show that felling dates are a good indicator for changes in societal wellbeing and demographics,” said first author Dr Fredrik Ljungqvist, associate professor of both History and Physical Geography at Stockholm University, Sweden.

They compared changes in building activity between the British Isles, the Nordic countries, France, the Benelux countries, Switzerland, and the northern and southern parts of central Europe throughout the late medieval and early modern era. They also looked for associations with other reconstructed economic and environmental measures, for example the price of grain and wine, consumer price indices, growing season temperature, soil moisture availability, and groundwater level.

The authors find clear evidence in the record of felling dates for the so-called ‘Late Medieval Crisis’, the devastating Thirty Years’ War (1618-1648), and known economic boom periods in the late 13th century and around 1500. They show that building activity tracks the historical price of grain, a staple whose price had a major impact on the economy and standard of living. Periods of intense building also coincided with known peaks in lead pollution in ice-cores, a proxy for historical mining activity.

“Building activity showed an unprecedented decrease in much of Europe during the Thirty Years’ War. Differences in the magnitude of the decrease agree remarkably well with the known magnitude of the population decrease due to war in different regions of Germany. This shows that our reconstructed building activity history accurately captures demographic changes,” said Ljungqvist.

A key finding is the low overall degree of synchronicity in building between regions, except for a strong assocation between southern and northern parts of central Europe, and southern central Europe and the British Isles. Another is that periods of low building activity occurred during known alpine glacier maxima (c. 1300-1370 and 1600-1670) during the Little Ice Age.

Second author Dr Andrea Seim, from the Institute of Forest Sciences at the University of Freiburg in Germany, looks ahead: “Future work could compare felling dates with a variety of historical documentary sources and environmental proxies to understand past forest management and resource utilization. Moreover, felling dates from wooden archeological material, which can be preserved for millennia, can provide new insights into settlement dynamics in prehistoric times where we lack written sources.” 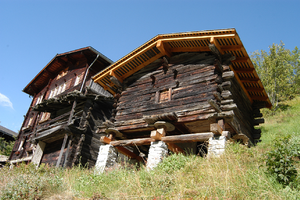 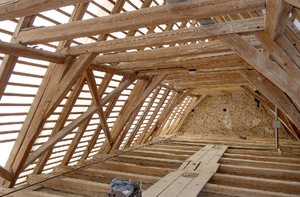