A British scientist has discovered a new species that belongs to a group of insects so rare that its closest relative was last seen in 1969.

Dr Alvin Helden of Anglia Ruskin University (ARU) found the new species of leafhopper, which he has named Phlogis kibalensis, during field work with students in the rainforest of the Kibale National Park in western Uganda, and the discovery has been announced in the journal Zootaxa.

The new species, which has a distinctive metallic sheen, pitted body, and, in common with most leafhoppers, uniquely-shaped male reproductive organs – in this case partially leaf-shaped – belongs to a group, or genus, called Phlogis.

Prior to this new discovery, the last recorded sighting of a leafhopper from this rare genus was in Central African Republic in 1969.

Leafhoppers are closely related to cicadas but are much smaller, with the male of the newly discovered Phlogis kibalensis species just 6.5mm long.  Leafhoppers feed mainly on plant sap, sucked directly from the phloem, and are preyed on by invertebrates, including spiders, beetles, and parasitic wasps, as well as birds.

Dr Helden, a member of the Applied Ecology Research Group at Anglia Ruskin University (ARU), said: “To find this new species is a once-in-a-lifetime achievement, particularly as it’s closest relative was last found in a different country over 50 years ago.  I knew it was something very special as soon as I spotted it.

“Leafhoppers of this genus, and the wider tribe, are very unusual in appearance, and are rarely found.  In fact, they are so incredibly rare that their biology remains almost completely unknown, and we know almost nothing about Phlogis kibalensis, the new species I found, including what plants it feeds on or its role in the local ecosystem.

“There is so much still to find out, not just about this species but so many others, including the many species that are still waiting to be discovered.  It is incredibly sad to think that some species will become extinct before we are even aware of their existence.

“There are some wonderful places, like the Kibale National Park in Uganda, where wildlife will survive, but outside national parks and reserves, the amount of rainforest that has been cleared in the tropics is devastating.  Rare species could be living anywhere, but deforestation means it is inevitable that we will be losing species before we have discovered them.”

Dr Helden has been leading student field trips to the Kibale National Park, close to Uganda’s border with the Democratic Republic of Congo, since 2015.  As part of the work, he has been documenting the insects found within the park, and has produced picture guides to Kibale’s butterflies, hawkmoths, and tortoise beetles.

Dr Helden added: “I’ve been photographing insects in Kibale National Park over many years, and we have now started collating these into photographic field guides as we wanted to give something back to people of Uganda, who have been so hospitable to Anglia Ruskin University during our field trips.” 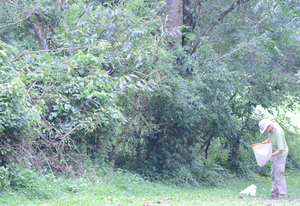 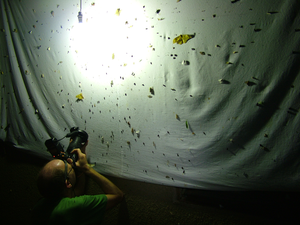 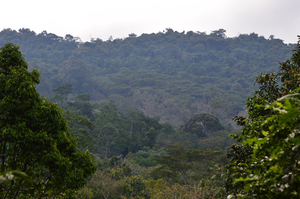 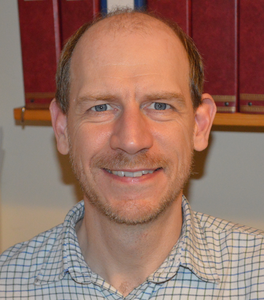