In recent times, hydrogen has drawn significant attention as a potential clean energy resource as an alternative to fossil fuels. In particular, there has been active research and development of water electrolysis technology that extracts hydrogen from water to produce green energy and avoids the emission of greenhouse gases. The proton exchange membrane water electrolyzer (PEMWE) technology, which is currently present in some handful of advanced countries holds core material technology and uses expensive noble metal-based catalysts and perfluorocarbon-based proton exchange membranes. Such technology results in high costs of system manufacturing. To address these limitations of the conventional technology, a research team in Korea has recently developed core technology for the next-generation water electrolysis system that has significantly improved the durability and performance while significantly lowering the cost of producing green hydrogen energy.

Korea Institute of Science and Technology (KIST, President Yoon, Seok-Jin) announced the project under the joint research between the research team of Dr. So Young Lee at the Center for Hydrogen and Fuel Cell Research and under Prof. Young Moo Lee of the Department of Energy Engineering, Hanyang University, a membrane electrode assembly (MEA) for anion exchange membrane water electrolyzers (AEMWE) was developed that is expected to replace the costly existing PEMWE technology.

AEMWE, which uses an anion exchange membrane and electrode binder, does not rely on the expensive platinum group-metal electrodes and replaces the separator plate material of the water electrolysis cell with iron instead of titanium. When comparing the price of catalyst and separator material alone, the manufacturing cost is reduced by approximately 3,000 times that of the existing PEMWE. However, it has not been commercially utilized owing to its low performance compared to that of the PEMWEs and durability issues of less than 100 h of sustained operation.

The research team developed poly(fluorenyl-co-aryl piperidinium) (PFAP)-based anion exchange materials (electrolyte membrane and electrode binder) with high ion conductivity and durability under alkaline conditions by increasing the specific surface area within the structure and based on this technology, a membrane electrode assembly was developed. The developed material represented excellent durability of more than 1,000 h of operation and has achieved a new record cell performance of 7.68 A/cm2. This is about six times the performance of existing anion exchange materials and about 1.2 times that of the expensive commercial PEMWE technology (6 A/cm2).

The technology has overcome the performance and durability issues of the core materials pointed out as limitations in the AEMWE technology to date and has raised the quality of the technology to such a level that allows replacement of the PEMWE technology. In addition to the excellent performance and durability, the commercialization of the developed anion exchange membrane materials has been underway with the incorporation of large-capacity and large-area applications.

Dr. So Young Lee of KIST commented, "Our team has developed a material and high-efficiency technology that goes beyond the limitations of the existing water electrolysis technology. This technology is expected to lay the foundation for introducing the next-generation water electrolysis technology that allows a significant reduction of the cost involved in the green hydrogen production." Professor Young Moo Lee of Hanyang University commented, "The developed material has a high potential for application as a core material for not only water electrolysis but also for the hydrogen fuel cells, carbon capture utilization and direct ammonia fuel cells, which are the next-generation hydrogen industry."

Korea Institute of Science and Technology(KIST), founded as the first multidisciplinary government-funded research institute in Korea, established a national development strategy based on science and technology and disseminated various essential industrial technologies. Now, half a century later, KIST is elevating Korea's status in the field of science and technology through world-leading fundamental technology R&D. Looking to the future, KIST will continue to strive to be a premier research institute, pursuing a brighter future of human.

This research was supported by the Ministry of Science and ICT (Minister Lim Hyesook) and was conducted as one of the institutional research program of KIST and the material-components technology development project of the Korea Evaluation Institute of Industrial Technology. The research was published in the recent issue of 'Energy & Environmental Science' (IF: 38.532, JCR top 0.182%).

High-performance anion exchange membrane water electrolyzers with a current density of 7.68 A cm-2 and durability of 1000 h 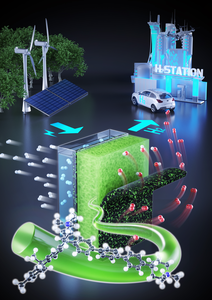 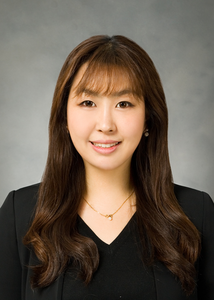 3. Dr. So Young Lee, Korea Institute of Science and Technology