WEST LAFAYETTE, Ind. — One person can’t measure all the trees in the world, but when many people come together, a global view becomes possible. A worldwide collaboration of scientists has produced the first ground-sourced data estimate of the total number of tree species on Earth and found that more than 9,000 species have yet to be discovered.

Although around 64,000 tree species have been documented, the total global number of tree species – both documented and undocumented – remained unknown. The international team’s work, which is detailed in a paper in the Proceedings of the National Academy of Sciences, reveals an answer. It estimates there are approximately 73,300 tree species in the world today.

“Tree species diversity is the key to maintaining healthy, productive forests, and it is important to the economy and environment,” said Liang, who is the founder of the Global Forest Biodiversity Initiative (GFBI), and part of the Purdue’s Next Moves’ digital forestry initiative.

Reich, the co-corresponding author of the paper, said, “These results highlight the vulnerability of global forest biodiversity to anthropogenic changes, particularly land use and climate, because the survival of rare taxa is disproportionately threatened by these pressures.”

The researchers estimate that one-third of the undiscovered species are rare with small numbers of trees and likely exist in tropical or subtropical areas like the Amazon Rain Forest.

“For instance, South America contains roughly 43% of the planet’s tree species and the highest number of rare species,” Liang said. “It is very possible we could lose undiscovered tree species to extinction before we even find them.”

Bryan Pijanowski, professor of landscape and soundscape ecology in the Department of Forestry and Natural Resources, who participated in the project, said the analysis is a critical step for environmental protection.

“As scientists assess how global biodiversity is changing, we need to know how many species currently exist and where global hot spots are for us to begin to reverse the disturbing trends that we are now witnessing on planet Earth,” he said.

The global initiative GFBI has steadily grown over the past five years, and its efforts to understand the world’s tree population are bearing fruit. The global tree species estimate follows development of the first global map of tree symbioses, published in the journal Nature, and discovery that forest biodiversity benefits the economy by more than five times the cost of conservation efforts, published in the journal Science.

“We combined individual datasets into one massive global dataset of tree-level data,” Liang said. “Each set comes from someone going out to a forest stand and measuring every single tree — collecting information about the tree species, sizes and other characteristics. Counting the number of tree species worldwide is like a puzzle with pieces spreading all over the world. We solved it together as a team, each sharing our own piece.”

Liang originated the idea for the initiative while he was a junior faculty member in Alaska working on forest growth models.

“I literally found a rich forest inventory dataset in someone’s drawer,” he said. “I realized people would want that information, but it had never been published. Scientists would share their data on a project or request basis, but there was no central repository for the valuable data people were collecting.”

“It sparked a personal mission, and I began collecting more datasets. Over the next few years it evolved, with the help of many others, into this global, grassroots effort.”

The global dataset is the largest known to date, Liang said. It currently includes more than 38 million trees, spanning 90 countries and 100 territories.

“Through this vast amount of data, we have a good picture of tree species diversity for different biomes and at the continental level, which is what we used to make this estimate” said Liang, who also is co-director of Purdue’s Lab of Forest Advanced Computing and Artificial Intelligence (FACAI). “Our database includes 64,100 confirmed tree species. Our estimate of the total global number of tree species fits with existing scientific knowledge and is in line with numbers theorized in earlier studies.”

To improve the accuracy of their estimate, the team members also used in their analyses an independent occurrence-based sample data of more than 6 million trees across all continents. Because the overall dataset was so large, the team used Purdue’s high-performance computing facilities to assess the data, Liang said.

“It is difficult to manage or conserve resources without a good understanding of what exists,” said Douglass F. Jacobs, Purdue’s Fred M van Eck Professor of Forest Biology and associate head of Extension, who was part of the project team. “The GFBI has allowed us to leap forward in developing more accurate estimates through unparalleled collaborative global data sets and advanced computing technologies.”

FACAI Lab postdoctoral research associate Roberto Cazzolla Gatti, who is now an associate professor at the University of Bologna (Italy), was a team member and first author of the paper.

“Extensive knowledge of tree richness and diversity is key to preserving the stability and functionality of ecosystems,” Gatti said.

Mo Zhou, associate professor of forest economics and management in the Department of Forestry of Natural Resources at Purdue and co-director of FACAI, contributed HPC resources to this study.

“An accurate estimation of the number of tree species globally is a great piece of knowledge,” Zhou said, “No matter what will happen in future, our children and their children will know the Earth harbors approximately 70,000 tree species in the dawn of the 21st century.”

This work is supported in part by the USDA National Institute of Food and Agriculture McIntire Stennis projects 1017711; and New Faculty Start-Up Grant, Department of Forestry and Natural Resources, Purdue University.

One of the most fundamental questions in ecology is how many species inhabit the Earth. However, due to massive logistical and financial challenges and taxonomic difficulties connected to the species concept definition, the global numbers of species, including those of important and well-studied life forms such as trees, still remain largely unknown. Here, based on global ground-sourced data, we estimate the total tree species richness at global, continental and biome levels. Our results indicate that there are approximately 73k tree species globally, among which ~9k tree species are yet to be discovered. Roughly 40% of undiscovered tree species are in South America. Moreover, almost one third of all tree species to be discovered may be rare, with very low populations and limited spatial distribution (likely in remote tropical lowlands and mountains). These findings highlight the vulnerability of global forest biodiversity to anthropogenic changes in land use and climate, which disproportionately threaten rare species, and thus global tree richness.

Journal
Proceedings of the National Academy of Sciences
Funder
U.S. Department of Agriculture 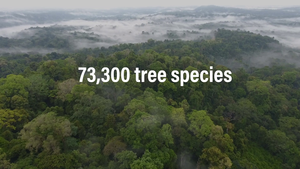 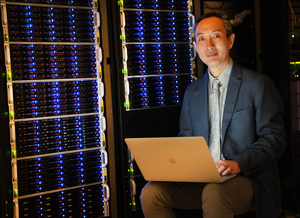